Lokodo set to instill morals and values in Members of Parliament 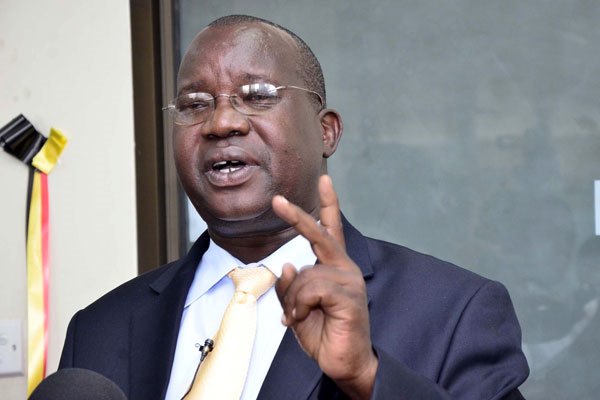 The minister for Ethics and Integrity, Simon Lokodo, has said he is set to organize disciplinary seminars for all the members of parliament to inculcate morals and values in them.

Lokodo’s remarks came shortly after Mityana Municipality MP Francis Zaake was sent to the parliamentary disciplinary committee after he approached Makerere University Vice-Chancellor Prof Barnabas Nawangwe at parliament for mishandling the 15% Tuition fees Policy that escalated into a Strike.

Lokodo noted there is an increased moral decay in parliament that needs to be addressed with immediate effect adding that leaders have certain values that should be exhibited before the public.

“Whenever there is such kind of situation, we need to bring information to the legislators on how they should behave and also rules of progress in parliament, the constitution. We shall see how we can organize seminars to instill morals and values in them,” he said.

Lokodo further condemned the increasing cases of indiscipline among Legislators who are role models to the Public adding that the choreography of parliament has not been respected many members have been errant raising issues which are irrelevant and this has preoccupied him as the minister of ethics and integrity.

He said the deteriorating moral fiber in the parliament can only be blamed on individual upbringing in their families and societies and are now using the privilege to showcase arrogance and irresponsibility.

Lokodo said that Zaake’s behavior was uncalled for, dismissing him as unruly, irresponsible and indiscipline who needs taming with Immediate effect.