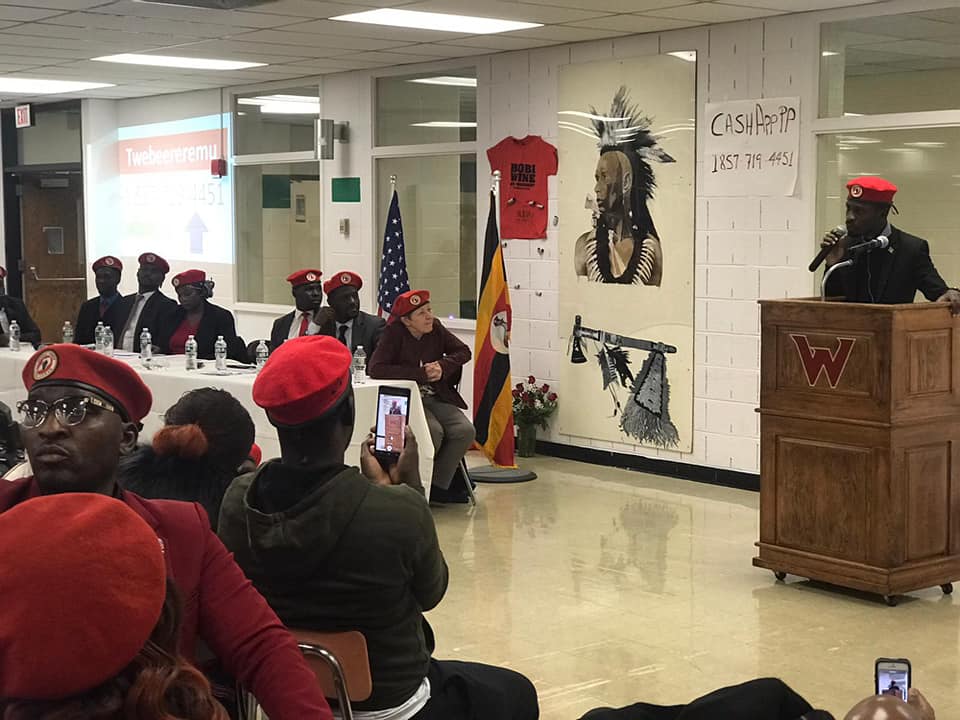 Bobi who is currently doing an American said he was exceedingly honored to Join Ugandans in Boston, Massachusetts at a town hall meeting who turned up in huge numbers to express solidarity with the cause for a free Uganda.

Bobi Wine noted that the eagerness of Ugandans living in the diaspora to own the cause and support it in every way possible encouraged him to work harder in making the dream of a free Uganda turn into a reality.

Bobi Wine didn’t know what to expect but Even when he insisted on making the event a free attend for all people, the organizers told his team that the community in Boston was eager to raise funds and support People Power.

In his remarks, Bobi Wine said President Museveni’s time has run out and in the same way, he and his team have run out of lies to tell Ugandans resorting to branding People Power Supporters and Leaders as agents of foreigners.

Bobi Wine noted that Mission 2021 is a national cause that should send information back to the Tormentors because the millions of Ugandans who turn up for People Power Movement meetings abroad rendering support financially and logistically are determined to work for a new Uganda and it is about People Power.

Ugandans in Boston were thrilled to hear Bobi Wine say that that the people of Uganda- regardless of religion, ethnicity, age or creed, are determined to own this struggle; to support it, and to accomplish it through their effort and sweat.

“Let the regime also know that while they have blocked all our sources of finances in order to stop us, the people of Uganda both home and abroad shall continue to own and support their liberation struggle!”

After the Boston meeting, Bobi Wine and the team traveled to Toronto, Canada to meet Ugandans living there over the same cause.