Ugandan Nationals shot in Rwanda to be repatriated 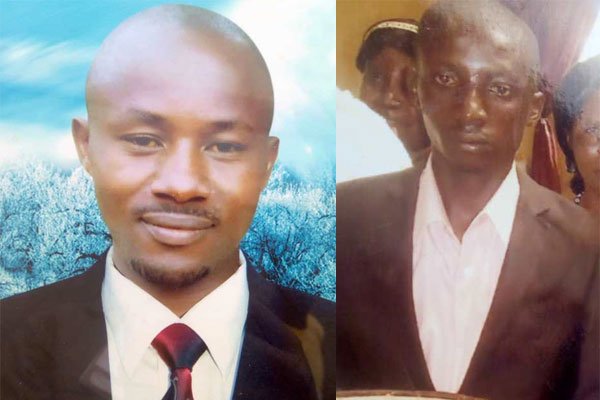 The bodies of two Ugandan traders who were shot by Rwandan security operatives will be repatriated for decent burial.

The deceased identified as John Bosco Tuheirwe and Job Ebyarishanga, both residents of Kamwezi Sub-county were shot dead by Rwandan security about 1km away from the Mpororo border post in Kamwezi Sub County on Saturday night for allegedly smuggling tobacco while three other Ugandans who were with the deceased including Aron Ainebyoona, Christopher Byamukama, and Emmanuel Niwamanya managed to flee back to Uganda surviving death.

In a press release issued on Sunday evening, the Rwanda National Police Spokesperson, Commissioner of Police, John Bosco Kabeera, said the Ugandans were shot in self-defense when they turned violent and assaulted police officers on duty.

According to Muhindo the Resident District Commissioner, officials from the Ministry of External Affairs and Rukiga District security officials on Monday had a phone conversation with Fred Mufulukye, Rwanda’s Eastern Province Governor who told them that the bodies could be released on Tuesday when investigations are concluded.

Muhindo called for patience among the families of the deceased and said the government of Uganda was doing what it can to have the bodies repatriated. She also urged residents in the area not to harm Rwandan nationals who live in Kamwezi.

Despite cries by the RDC to stay calm, angry residents were planning to raid cows of some Rwandan nationals in Kamwezi and slaughter them for food during the burial of the deceased.

In February 2019, Rwanda closed its borders with Uganda to purportedly expedite the construction of the single customs at Gatuna border.

President Paul Kagame later accused Ugandan authorities of abducting Rwandan citizens and locking them up in un gazetted areas adding that Uganda was hosting and facilitating dissidents especially Rwanda National Congress (RNC) and the Democratic Forces for the Liberation of Rwanda (FDLR) which have declared war on the Kigali government.