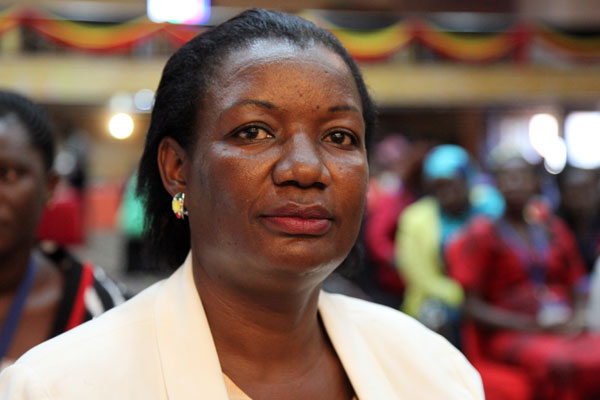 As the Preparations for the 2021 General Elections continue gearing up, The Opposition is determined to claim the Presidential seat with Robert Kyagulanyi aka Bobi Wine as their Candidate and the NRM is not ready to lose it’s seat so they have started devising means and strategies to reclaim their fame ahead of the 2021 Elections.

NRM has been ruling Uganda for the last 32 years and they are not ready to lose the 2021 Elections to the Opposition more so the People Power Movement, One of the strategies they have devised is to use Resident District Commissioners to mobilize support for the party and make sure Museveni wins the election.

Speaking to RDC’s in Western Uganda, the Minister for Presidency Esther Mbayo instructed them to ensure that NRM wins in their areas come 2021 because the Election and competition will be very tight.

She added that by virtue of being the representatives of the president in the districts, they need to ensure that government programs are not misappropriated to taint the image of the party most especially in this election season.

However, The RDCs said their ability to deliver the party to victory in their areas was limited because they are being fought by fellow party members who selfish interests.

The RDCs further faulted the party for abandoning the old structures and forming new structures, as elections near, which have since become money-making ventures and they are most likely going to cause a decline in election performance.

As a way of encouraging the RDC’s to get to work, Mbayo noted that all RDCs will have brand new cars by the end of 2020 to enable them carry out Party activities so that they can deliver NRM to victory in 2021.