Museveni passes out Russian trained UPDF tank crews ahead of 2021 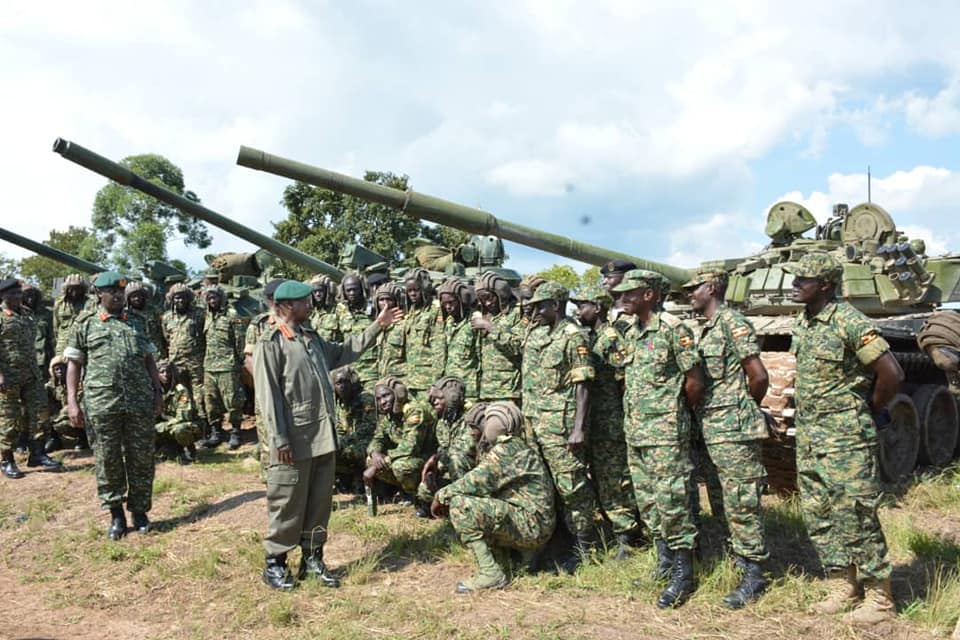 He expressed satisfaction with the skills that had been displayed by the trainee on target identification, acquisition and destruction adding that the remarkable performance by the trainees is a demonstration of their ability to efficiently exploit the acquired knowledge.

“Putting to use the acquired knowledge will help us better the UPDF institution,” said the President

He also commended the Russian government for exhibiting a spirit of friendship to the Ugandan Government that has enabled the UPDF to receive both equipment and training support ahead of a an crucial time 2021.

The President also hailed the UPDF leadership for preserving the environment at the training school and said there are plans to better accommodation facilities in all military barracks adding that civillians need to stop encroaching on UPDF land because such acts put the Force in a compromising state.

The Chief of Defence Forces Gen. Muhoozi urged the graduands to maintain their loyalty to the country and the UPDF, observe discipline, and ensure a healthy living so that they can effectively execute their constitutional duties as needed.

The one-year course was on T-90, T-72 and T-55 tanks in which trainees acquired skills on application of Infantry Fighting Vehicles, both tracked and wheeled.

The Chief Instructor Col. Jackson Kajuba noted that the course was aimed at building capacity of tank operators to reinforce armored formations in the UPDF ahead of 2021.