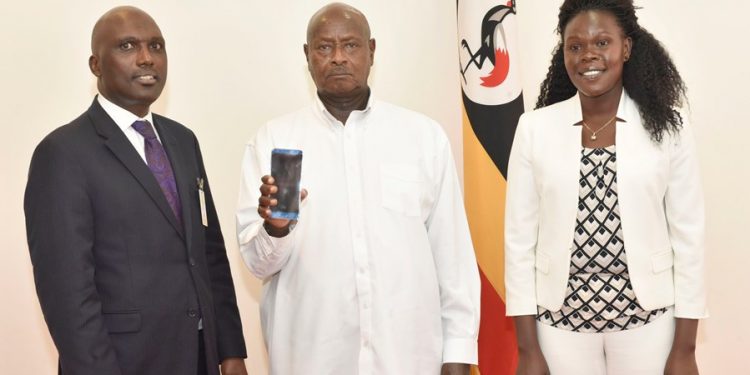 Minister of State in charge of Privatisation, Hon. Evelyn Anite has won the war against Bemanya and the mafia group that wanted UTL sold off after President Museveni finally weighed in on the controversy surrounding the fate of the UTL administrator, Bemanya Twebaze, ordering that his contract should not be renewed.

Reports indicate that in a letter dated November 9, 2019, addressed to the minister of Justice, Maj Gen Kahinda Otafiire, Museveni noted that the reason for Bemanya’s contract should not be renewed is because Bemanya has often conflicted with Evelyn Anite, the minister of state for finance (Privatisation) who Museveni described as “an active Baijukuru” (active grandchild).

He added that in the interest of cohesion, Otafiire should get another administrator describing having endless tension between Government Personnel is not good management.

Following the events that have been going on between Anite and the Deputy Attorney General Rukutana, Museveni’s decision is a big psychological victory for Anite who has fought hard to see to it that Bemanya is removed as UTL administrator.

Anite accuses Bemanya of abuse of office and has often clashed with her cabinet colleagues including Otafiire, Mwesigwa Rukutana, the deputy attorney general and Matia Kasaija, the minister for Finance over defending Bemanya to remain the UTL Administrator.

Mr. Bemanya Twebaze is the Registrar General and Official Receiver Uganda Registration Services Bureau (URSB) since March 2012 and has also been serving As Administrator of Uganda Telecom Limited (UTL) since May 2017 in which he spearheaded its return to profitability.