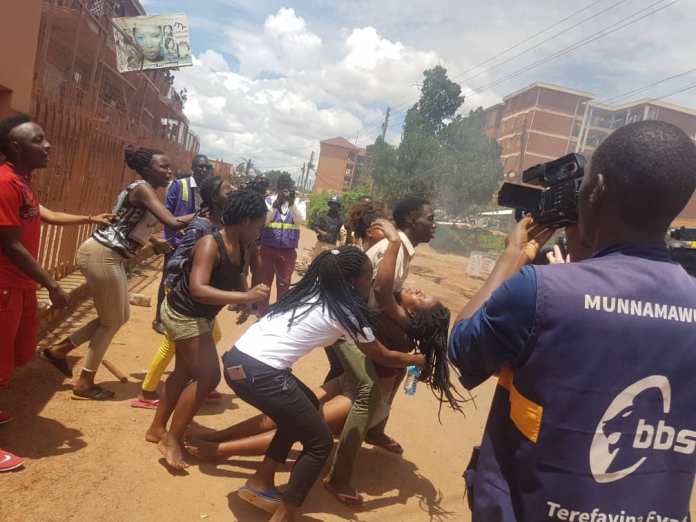 Students of Makerere University whose property was destroyed by security personnel during protests against the 15 percent tuition increment have been compensated by General Salim Saleh.

According to Patrick Nsamba, the Guild Representative Councillor (GRC) for Lumumba Hall says that during a meeting with a presidential advisor Gen. Salim Saleh, and 15 student leaders at his Kapeeka industrial area in Nakaseke District on October 7, the affected students were compensated with 21 million shillings.

“Out of goodwill, the General condemned the act of brutality by the military and sympathized with the victims of this act. It was this spirit that he decided to make a personal compensation up to a tune of 21 million shillings to these students,” Nsamba who also doubles as the Guild Finance Minister said.

Among the things that were lost include television sets, utensils, mobile phones, laptops, rice cookers, students and others.

According to Nsamba, whereas there were calls for compensation of students with medical bills arising out of brutality, the money offered by Gen. Saleh could not handle both property and medical bills.

Joshua Lawel Muhwezi, the 85th Guild Information Minister insists that the students’ leadership is still as determined as it was on the very first day they set out with the students’ demands despite receiving money to compromise on their demands.

“Our demands shall not and shall never be compromised until they are responded to. The management is making all efforts to divide us using those that are among us (fellow students) and many have bowed to their favors and chosen to be administrations channel of propaganda,” Muhwezi noted.

Last month, UPDF soldiers together with military and regular police officers broke into halls of residence and destroyed property.