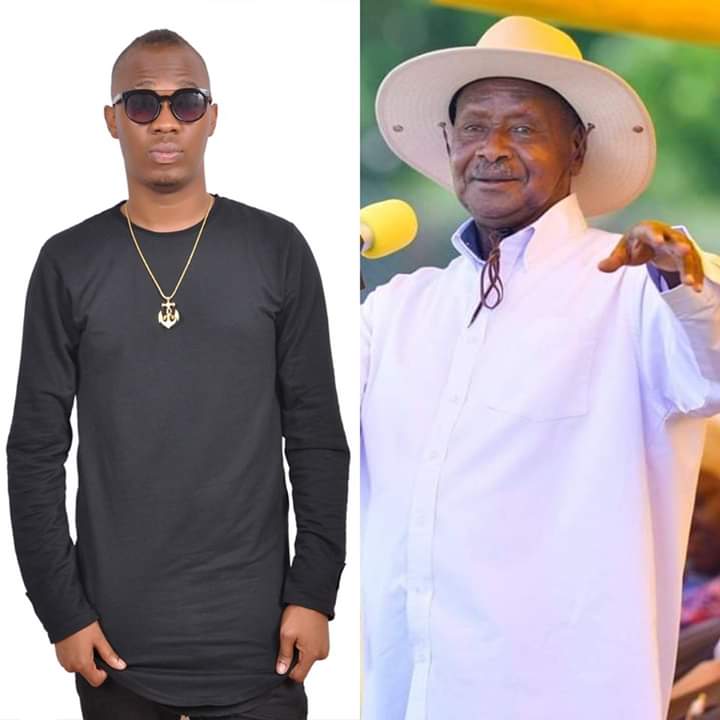 The fading pop star has today morning used his social media to president Museveni over the ’30 cows’ relief to liberate struggling Big Eye’s economic stand. The ‘suula indicator’ artiste has been financially down since city socialite Don Zella dumped him for other wealthier men. Big Eye took to dissing People Power just to steal Museveni’s attention. It is said he asked Museveni to give him only 30 cows plus some liquid cash amount of about shs 50m if he is to declare his loyalty to NRM. Today, Museveni’s bribe was well delivered by his new recruits, Catherine Kusasira and Bebe Cool. Big Eye’s controversial Facebook excitement reads;
“Goodmorning beautifull people, kindly join me to thank Mr president HE YOWERI KAGUTA MUSEVENI for increasing my level of income by offering me a herd of 30 cows. Where by am going to be doing music and at the same time doing farming. Mr Balaam Barugahara, Madam Catherine Kusasira and Mr Moses Sali Bebe Cool delivered well Mr president. Thank you Mr President may God continue blessing you with more life and favour.

Its me your last born Muzukulu Big Eye #M72021🇺🇬 #NdiSingle”

President Museveni’s long time critics have laughed off his new strategy of infiltrating the music industry as a means of saving his 34 year old seat. This follows the fact that his new challenger, Robert Kyagulanyi Ssentamu is a pop star musician with a massive following.