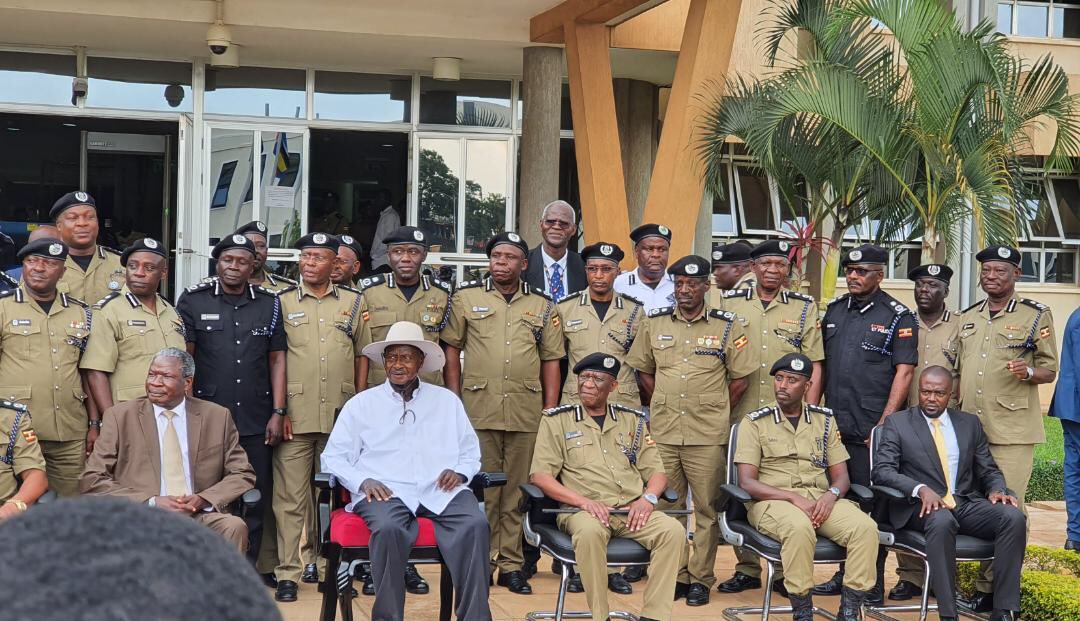 President Museveni has turned down police demands to have a huge manpower, more funds for feeding officers and managing the force fleet in preparation for 2021.

Addressing the 25th Police Council at Naguru in Kampala, President Museveni, said he needs a simple plan like the one the British used during the colonial times that had few personnel but could manage crime effectively.

Police have been asking for more than 85,000 police officers to manage security and other deployments.

In retaliation, Museveni noted that the nearest or lowest Police Station should be at Sub-county level with at least 20 officers adding that with the current Police strength of 43000 Police Officers, each station would be given two motorcycles to cover a sub-county.

Despite Police having good numbers, Citizens are worried that Police has failed to manage crime and it is more involved in fighting Political battles.

IGP Ochola in his closing remarks assure the President that they are determined to promote law and Order especially as we approach 2021.

“We assure you Sir of our determination and resolve to preserve law and order in the country, especially as we approach 2021.” Said IGP Ochola.