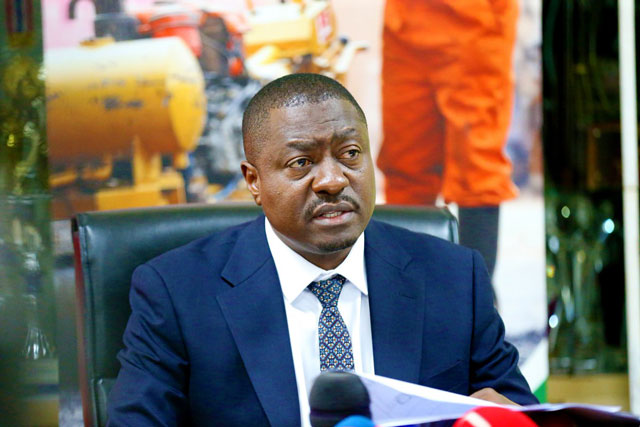 Over Seven people identifying themselves as tax payers and concerned citizens have written to the Acting Executive Director, Kampala Capital City Authority-KCCA, Andrew Kitaka asking him to vacate office citing the expiry of his tenure.

The Tax payers were identified as Dan Lubowa Sserunjogi, Angel Lubowa, Richard Kiiza, Hakim Ssemakula, Asadu Lutale, Calence Hafashimana and Vincent Ssenono who through their Lawyer of Kirya and Co.Advocates contend that when former KCCA ED Jennifer Musisi resigned, the Kampala Affairs Minister assigned Kitaka the duties of the ED in ‘Acting’ capacity pending appointment of a substantive ED.

The Applicants say Kitaka has continued to execute the duties of the ED for the past eleven months in acting capacity contrary to Public Service Standing Orders, which provides for only six months.

The Tax Payers also cite Section 17 of the KCCA Act of 2010, which provides for the appointment of the Executive Director and mandate, which includes execution of duties of the Authority and at the same time being the Accounting Officer. They contend that the responsibilities are enormous, arguing that one is likely cause loss to the Authority as well as the tax payers once they execute the roles in acting capacity.

They are now demanding that Kitaka ceases from committing or executing work on behalf of the Authority and hand over office to any senior ranking officer with a substantive contract to avoid any audit and legal queries,
The petitioners have also given Kitaka five working days to refund all the money he has received as salary or emoluments for the period he has served beyond the mandatory six months for one to be working in ‘Acting’ position or else they institute a civil suit against him.

A few days ago, KCCA Councilors and the Lord Mayor chased Kitaka from a council meeting citing a letter written by the Chairperson of the Public Service Commission, Justice Ralph Ochan reminding the Kampala Minister Beti Kamya that Kitaka’s tenure in ‘Acting’ Capacity had ended and it would most likely be challenged in court.

This development comes barely a week after the Deputy Head of the High Court Civil Division, Justice Henrietta Wolayo ordered the Police Director in Charge of Engineering and Logistics, Godfrey Bangirana to vacate Office due to lack of a valid contract with government.