An insight into the Kasese palace raid 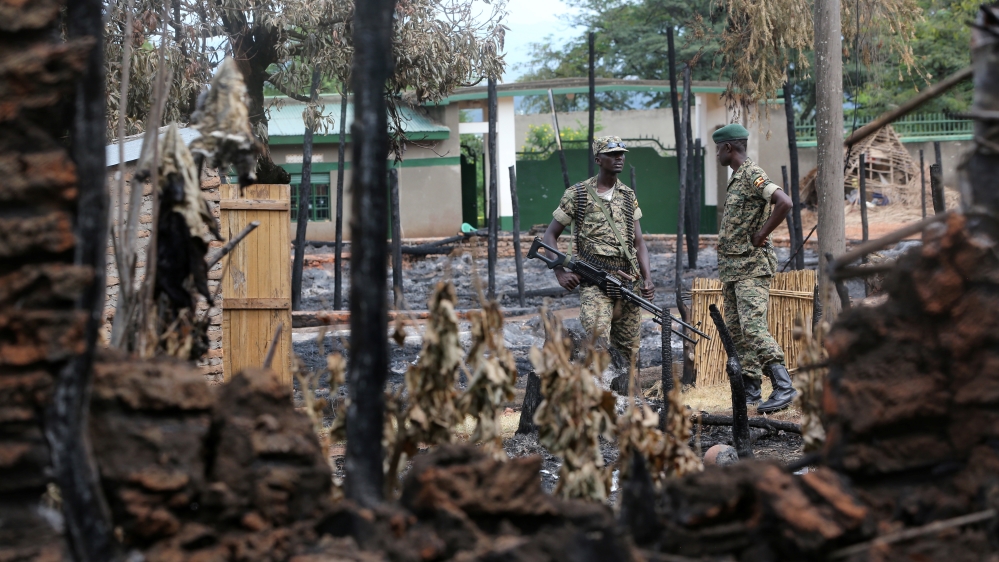 On this fateful day about three years a go, the charged UPDF troops under the command of then Brigadier Peter Elwelu stormed the Rwenzururu palace. Dozens of unarmed women and children were mercilessly gunned down in broad daylight in one of Uganda’s deadliest missions of this century. Three years down the row, the cultural leader Charles Wesley Iremangoma remains under forceful custody in the capital, Kampala. He was barred from accessing his kingdom pending investigation in a case filed by the state in the terror and war crimes unit of the high court.

Controversies have since arised with the state shielding itself from the blame and squarely attributing the horrendous incident on the native Bakonzo people. Witnesses to the deadly attacks says soldiers fired indiscriminately at the Omusinga’s (king’s) subjects found in the palace premises. It is also said the king was brutalised by the army. Renowned KTN journalist and native, Joyce Biira coincidentally covered part of the raid as she was on her traditional marriage preparations. Consequently, the state stung back at her and erased all the footage she had covered.

We’ve been to the ruined remains of the once lively palace. The place is isolated, abandoned and cordoned off from public access. It was pronounced a no go zone and a crime scene. The huts are now in a state of dilapidation. Only flies are visibly seen buzzing around the ruins of the palace. The bush has eaten up most of the palace compound. There are no signs of life in the ‘Kikaali’, (palace) everything ended with the exile of the king. We’ve struggled to get comments from area leaders who all have abstained from commenting on the matter. None is willing to say anything about the attack. No commemoration ceremonies to remember the deceased is held. Families of affected people are dwelling un tears and despair. Their pain stems from government’s decision to reward each of the affected families a light sum of shs 500,000 to meet the burial arrangements. Today, the European union mission in Uganda has compelled government to issue its results from the investigations. This follows the fact that hundreds of Bakonzo suspects have languished in Luzira cells for all these three years without any justice administered. In our festive series, we will follow up on ground to gather the tales of relatives to the deceased people.