Minster Mutuzo attacks Bobi Wine for being a Musician 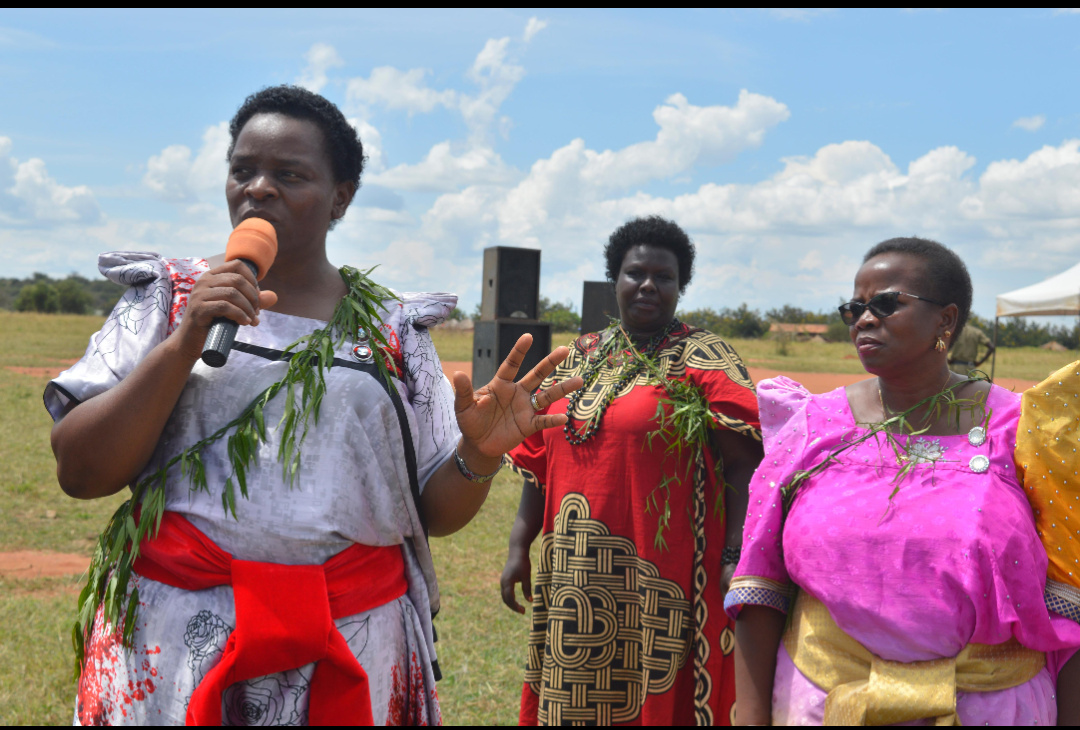 The state minister for gender and culture has lashed out at those struggling to take up power from president Museveni as mere actors referring to Mr Robert Kyagulanyi aka Bobi Wine saying Uganda cannot be led by dancers in this 21 century when the Country has seasoned leaders like President Museveni.

Minister Mutuzo says President Museveni has been in power for more than thirty years consistently and can go on for fifty years without any problem adding that they (NRM) are still here and they are not forcing themselves unto the People.

While addressing the Sabiny Community in Kween district, Mutuzo described Mr. Kyagulanyi as a mere dancer who can’t take over government and guide it the way president Museveni has guided it for the last 32 years.

As an ardent subscriber of the 1986 Class of Ideology, Mutuzo noted that as the 1986 Class was in the bush fighting for liberation, Mr. Kyagulanyi and others were in the Ghetto smoking and that now that there is peace, they are coming up to stand against a people choice.

Mutuzo’s Comments did not go well with the Opposition Politicians, the Manjiya county MP John Baptist Nambeshe (NRM) who coordinate’s and leads Bugisu region for ‘People Power” said Ms Mutuzo is out of reality because the World has even seen presidents who are singers, footballers and film actors.

“It is not dancing that is coming to lead the country but the person in Mr. Kyagalanyi, and he has the potential, that explains why they are panicking, let us just watch and they should ensure there are free and fair elections.

For the Last two years, Bobi Wine has been giving the NRM a run for their money trying to tie all the loose ends because they know that should Bobi Wine stand, they have no chances at the Presidential seat.