NRM MP dismisses Museveni’s investment in the ghetto as misguided 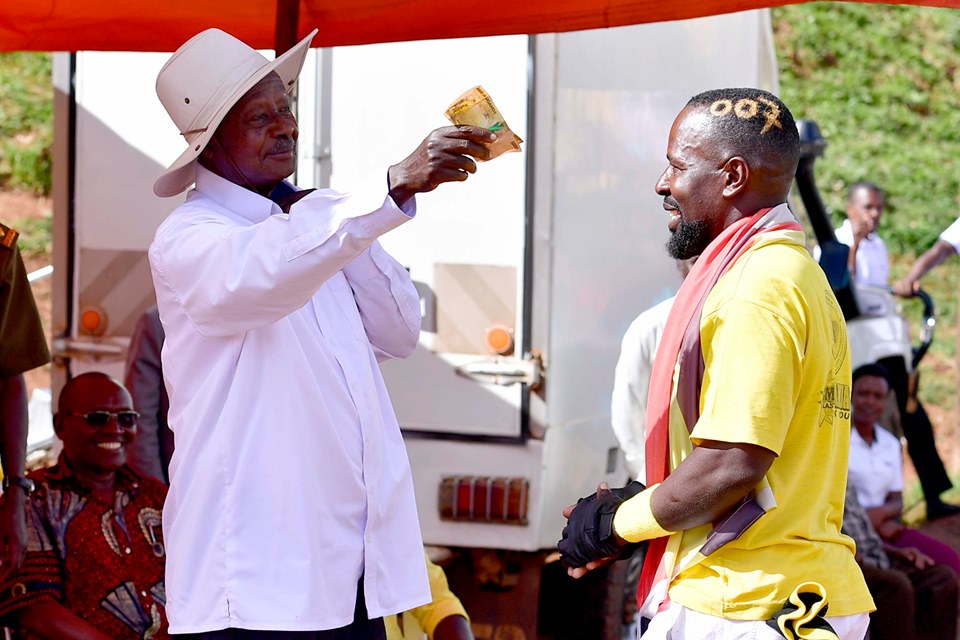 Kakumiro district Woman Legislator Robinah Nabbanja has criticized President Museveni’s method of dishing out huge sums of money to ghetto youths adding that the President’s investment in slum dwellers is misguided and will not help the nation to progress.

The remarks were made during unity celebrations for the mbogo clan at her home in Kakumiro.

The NRM legislator advised the president to instead invest the money in organized groups like clan saccos stressing that her boss is just wasting money in ghettos instead of supporting SACCOs started by organized groups.

“We request the government to invest in clans that are organized like the Mbogo clan other than putting money in the ghetto because these people will use the money for their own development. The president is looking for votes in the ghetto but these votes are already there… yes. It’s a formidable force of 1 million,” she said.

Her remarks came at a time when some critics have poured scorn on Museveni’s new strategy that targets the youths in the ghetto.

At the same function, the state minister for Bunyoro Affairs Ernest Kizza said Bunyoro was beginning to see the fruits of the oil and gas sector addng that Bunyoro now has over 12 roads and an airport nearing completion.

He then urged the People of Bunyoro to get prepared to scoop all the available opportunities before they are snatched by “outsiders”.