The Fight against Corruption doesn’t fear the Untouchables- Lt. Nakalema 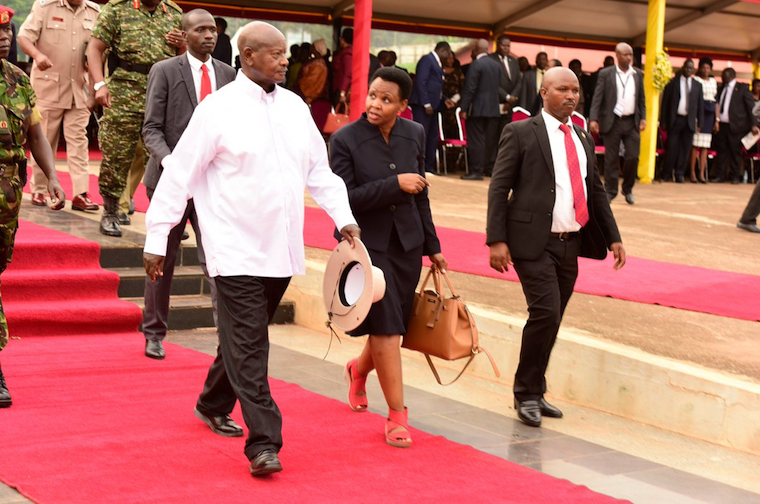 The State Anti-Corruption Unit boss, Lt. Col. Edith Nakalema has said that there are no untouchables in the fight against corruption in the country.

Nakalema added that as long as there is enough evidence to pin to an individual, her team will go and apprehend them without fear or favor because Corruption has no place in Uganda.

During her remarks, Nakalema cited officials such as the Post Bank managing director and his leadership, CEO of the Gaming and Rotaries Board among others where her team has ‘touched’ many individuals that the public thought of as untouchable.

“You have seen us touch the managing director of Post Bank and his leadership, the CEO of Gaming and Rotaries board, the secretaries of Uganda Human Rights Commission, Bank of Uganda among others. I have not heard any serious person saying that we cannot touch so and so. I don’t believe that there are people who are untouchable,” she added.

On the December 4, 2019, Nakalema is expected to be flanked by the head of state, President Yoweri Museveni and several officials from the government, civil society, religious leaders among others for a walk against corruption.

The Walk against Corruption is aimed at highlighting the gains made in the fight against corruption but also announce the new plans by government to fight the vice, however critics received the news with mixed reactions saying that Corruptions cannot be walked out of Uganda when the Big fish have not been held accountable for their actions.

The Walk scheduled for 4th December 2019, will start at 8.00 AM under the theme “a corruption-free Uganda; it starts with me,” and participants will walk from the Constitutional Square in the city center to the Kololo Independence grounds, however some of the Ugandans on social media suggested that the Corruption walk starts from the Ministry of Justice and Constitutional affairs to Luzira Prison to share lunch with those that have been convicted over Corruption.