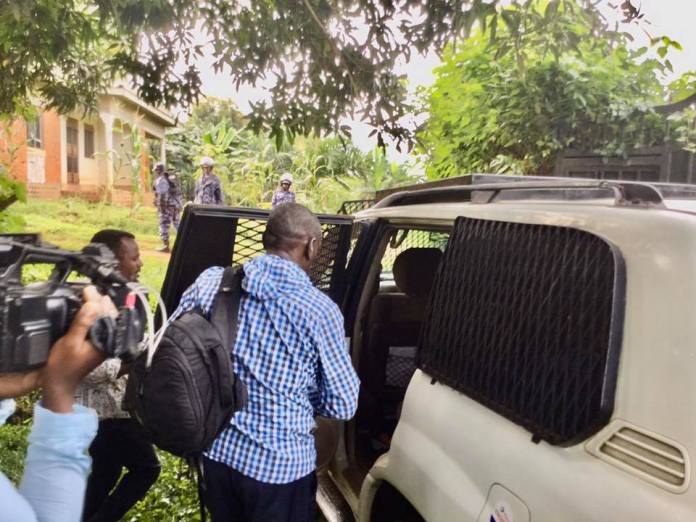 Opposition figure Kizza Besigye has finally broken the security siege at his home in Kasangati and headed to Kampala city to lead the parallel anti-corruption walk.

While President Museveni is spearheading the walk from Kololo, Besigye will lead a parallel match organized by the People’s Government from Katonga to the Constitutional Square.

However, when Police received information about the intended parallel match, they besieged his home to prevent him from leaving his house to join the other participants.

At around 9:30 am, Besigye managed to beat security at his home and headed to town to lead the People’s Government Parallel Anti-Corruption Walk.

Muhinda who is Besigye’s aide  confirmed that  “The corrupt Museveni and group will not walk alone to walk alone.”

At Mpererwe, police intercepted and blocked Besigye from proceeding to town and traffic along Gayaza road was diverted towards Kyanja while those from Kalerwe to Gayaza were ordered to use the route through Lusanja.

“Once people are corrupt, those they steal from start suffering, when they come out to show their displeasure, those who are corrupt fight them (the people) viciously,” Muhinda commented.

The Central Business District has since morning been on lockdown for the Anti-Corruption walk led by Museveni and his team.