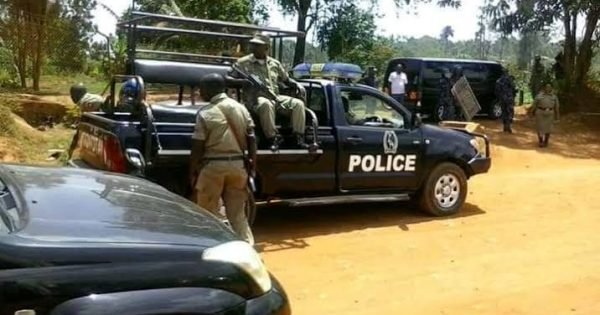 Police today morning closed off the residence of Dr Kizza Besigye, the former FDC president to stop him from leading a parallel walk against corruption.

Two police pick-ups and other vans blocked the entrance to Besigye’s Kasangati home by 6.00 am today.

Besigye and the ‘people government’ he leads had prepared to lead an Anti-Corruption Walk today that is parallel to the one organised by State House’s Anti-Corruption Unit which will be led by President Museveni.

Besigye’s walk was supposed to start from Kasangati to Katonga Road, where he maintains offices.

Speaking from his home, Besigye said: “Once people are corrupt, those they steal from start suffering, when they come out to show their displeasure, those who are corrupt fight them (the people) viciously.”

He insisted that he will find a way of leaving his home irrespective of the deployment.