Bobi Wine opens up on his stand about homosexuality 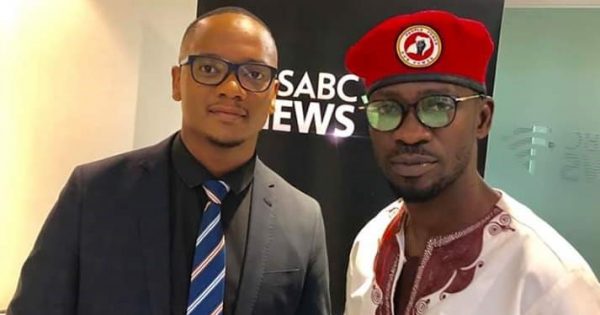 Kyadondo East Legislator Robert Kyagulanyi Ssentamu aka Bobi Wine has opened up about his stand on homosexuality and the LGBTIQ community at large.

Appearing on South African Broadcast Corporation(SABC), Bobi Wine said he has the responsibility of protecting the rights of all people regardless of age, sexual orientation or even race including those whose ideas he might not agree with.

I believe that one has the responsibility of guarding the rights of all citizens of those who are like you and those that are not like you. I believe that as a leader, a high level of tolerance is required to make sure the nation comes together, ”Bobi Wine said in response to a question via Twitter while appearing during the interview.

In 2014, Bobi Wine publicly supported the anti-homosexuality bill that was passed by parliament and assented to by President Museveni to become an Act but was later repealed by the Constitutional Court.

In his remarks, Bobi Wine said he might disapprove of what the homosexuals say but noted he will defend their rights to say it because all human beings have a right to be treated equally without any form of discrimination.

“I think all people are human beings and have their rights even when you don’t agree with them,” he said.

On the issue of unemployment in Uganda, Bobi Wine noted that the problem can be best tackled through overhauling the education system to one that produces job creators than the one that creates job seekers adding because of the current education system, Our brothers and sisters are being exported to the Middle East in search for opportunities, yet we import doctors.

He added, “Our education is vital in the fight against unemployment but we also have very many angles including agriculture that for has for long, been the back born of our country.”

Asked if he would blame the education system problem to the Ugandan Education Ministry, Bobi Wine noted that the Education minister can do so little since she is a wife to the president and her education has also been questioned so many times.

Bobi Wine will be attending the  Africa Freedom Award ceremony 2019’ on Friday, December, 6 before meeting Ugandans in South Africa later on Saturday the same on which President Museveni will also be in South Africa to meet with Ugandans living in South Africa.