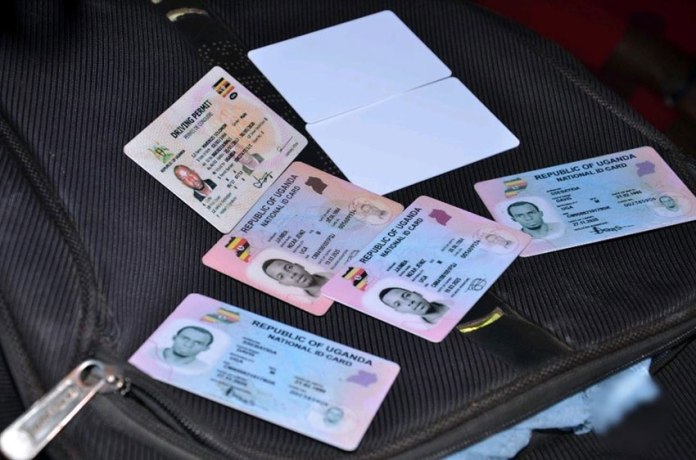 The suspects include Rwandan students of Kampala International University who reportedly obtained the IDs for intelligence on behalf of the Rwandan government.

Reports coming in indicate that an official from the National Identification and Registration Authority (Nira) was also arrested for conniving to register the Rwandans and other foreigners as Ugandan citizens.

According to Fred Enanga the Police Spokesperson, the suspects are now under police custody over charges of obtaining National IDs by fraud.

Enanga noted that the Detectives are going to the villages where these identity cards were processed and question the Local Council members who appended their signatures on the applications for identity cards and those who seconded them will be questioned as well.

If found guilty and convicted, the suspects will be sentenced to 5 years in jail or pay Shs. 2.4 fine or even both.