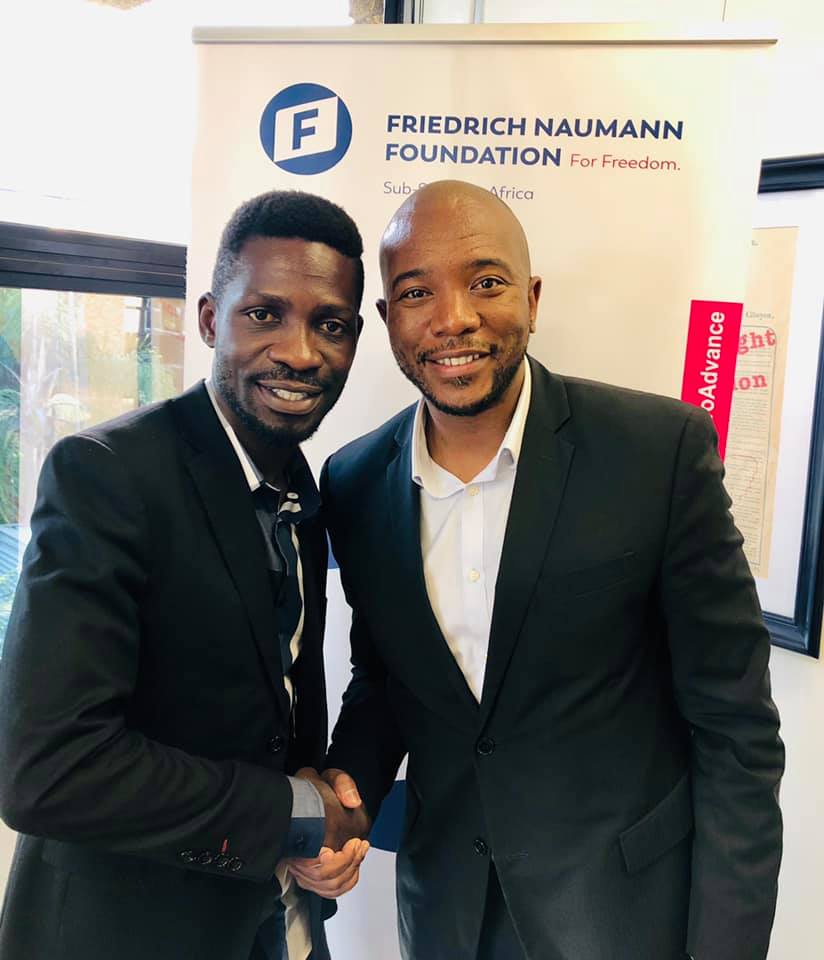 While in South Africa, People Power Movement leader was very pleased to meet with comrade Mmusi Maimane a young visionary leader and past leader of South Africa’s largest opposition party- the Democratic Alliance.

In a private meeting, the two discussed ways in which to increase the participation of Africa’s Young People and Women in the Political discourse and breaking the apathy that has so much defined them previously.

Bobi Wine noted that they agreed that as leaders they must build synergies in the fight against authoritarianism and Impunity adding that is very encouraging to see young leaders from all corners of the world-embracing and supporting the People Power Movement struggle.