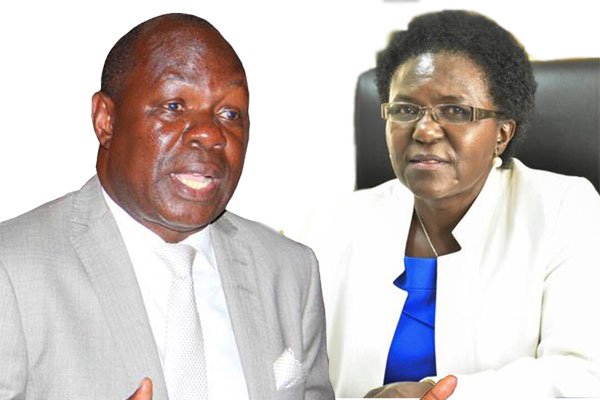 Ex-Works and Transport minister Monica Azuba Ntege has welcomed her redeployment from cabinet saying the new posting gives her enough time to concentrate on her private life and business.

Azuba who served as the Minister of Works for the Last Three Years was in the recent cabinet reshuffle replaced with General Edward Katumba Wamala, the former State Minister for Works.

She noted that her redeployment is an opportunity to work on the businesses that she was not able to accomplish while manning a busy docket like the Ministry of Works adding that she has now been relieved of some of the pressure she has been undergoing for the last three years.

Azuba adds that she enjoyed working in the Ministry, but she will now take on the mantle as a  Presidential advisor.

“I have enjoyed serving with His Excellency by the way. I have learned quite a lot, and I will continue to serve the government as I continue with my other life. That Ministry is very busy and there is hardly any time for you and your personal life. I have really been hard-working,” she said

Charles Bakabulindi who was also dropped from Minister of State for Sports noted that he is now ready to concentrate on his work as the Workers Member of Parliament.

“I have served and I am still serving my party and the workers. I thank my President because I have served for a good number of years. You take it normally and continue with life and serving your people. We are like soldiers; today you are on ‘katebe’, another you are deployed,” he said.