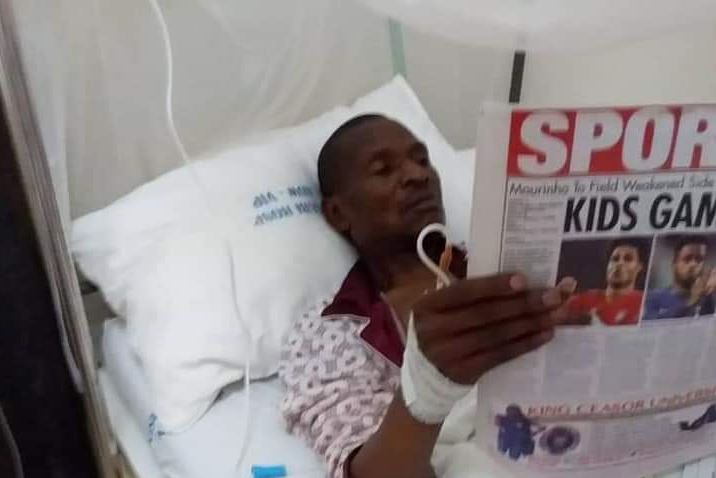 A few days ago, Social media was awash with reports that Mirundi’s health had deteriorated and was on the verge of being aviated to Nairobi for Specialized treatment since had refused accessing treatment from any Government-owned hospitals.

Mirundi’s son revealed that his father is currently receiving treatment at Kisubi hospital adding that his father’s health is steadily improving and he will be out of hospital this week.

He also noted that his father is weak due to heavy medication that he has been receiving but he can now talk and eat food very well.

“Dad is improving and responding to medication. The body is still weak, but he can now talk and eat with ease,” Mirundi Junior told one of our sources.

He added that over the weekend, Tamale was able to meet his visitors that included Frank Gashumba, SK Mbugga, and Ham Mukasa.

” We were able to walk with him yesterday, he is improving, and he will be well. We expect him to be out of hospital either today or tomorrow,” the son added.

We have also learned that The President, who last week directed his personal doctor to work with those of Kisubi Hospital in managing Mirundi ‘s health, is on Monday, December 16, 2019, expected to personally speak to the latter and assess his medical condition himself. Mr. Museveni has even directed State House to pay all the medical bills.

Former Presidential Press Secretary Tamale Mirundi remains vocal and influential over matters to do with current affairs and politics especially on NBS Television where he has a weekly show called One on One with Tamale Mirundi and he is also popular for speaking truth to power.