NRM set to mobilize support in the diaspora ahead of 2021 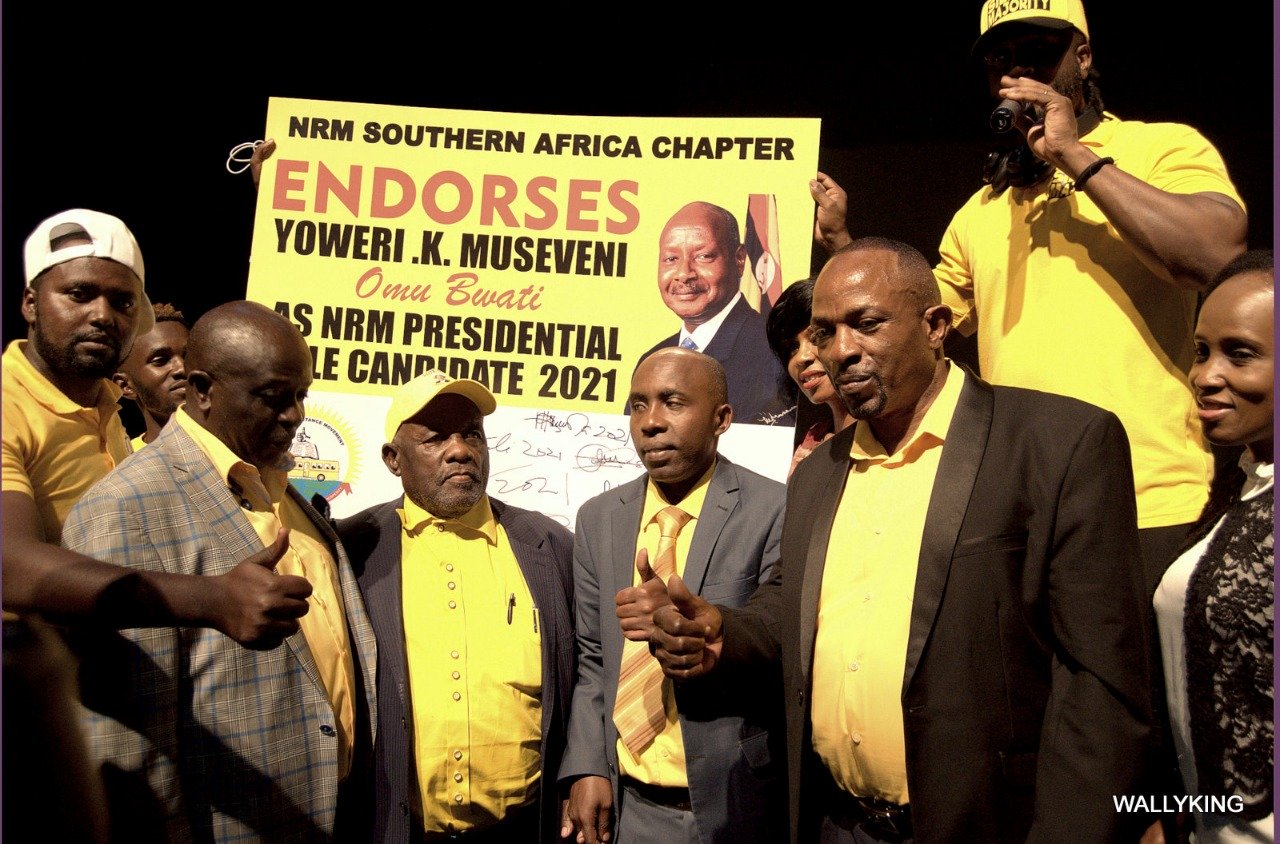 The National Resistance Movement has started what they termed as an onslaught to diffuse “lies” by Kyadondo East legislator Robert Kyagulanyi aka Bobi Wine.

According to Isma Luzige, the chairman of the NRM Southern Africa Chapter that is in charge of South Africa, Botswana, Zimbabwe, Lesotho, Namibia and Swaziland following the endorsement of President Museveni’s 2021 candidature, a series of activities were launched.

“We made a stone breaking statement in the diaspora and the first of its kind to endorse President Museveni as the sole candidate for 2021 elections. We are to carry out a number of activities to canvas support ahead of the 2021 elections,” Luzige said in a statement.

He noted that following the “successful” event held at Gallagher Convention Centre, it catapulted a series of activities that will be undertaken by the NRM Diaspora League and will see them move to Turkey, China, and Dubai in a bid to canvas support for Museveni.

A few days ago, Social media was awash with videos showing an almost empty hall at Gallagher where singer and NRM mobilizer Bebe Cool performed for the party members yet the People Power Movement gathering was full to capacity.

Despite low turn up, Luzige said their function sent a warning to Bobi Wine’s People Power group that the ruling NRM party still has many supporters.

“Many who had written us off because of their lies were shocked by the number of people we were able to attract at the conference. We are not going to stop. Starting next year, we shall hold a consultative meeting in Mpumalanga as we start our activities.”

The NRM Diaspora League chairman Hajji Abbey Walusimbi, also said there is a lot of potential in the diaspora that the ruling party has not tapped into but said they are going to start on the mission before 2021 adding that they already have a team of willing cadres that will do the task in Europe, Middle East, America, and Asia

“We need to regain our voices and this time much louder through utilizing all channels including social media, radios, TVs, and newspapers to spread the NRM gospel.”

“We cannot sit on the fence and let peace ushered in by the NRM fade away. We must fight for what is ours. We must diffuse all those lies being spread by opposition politicians.”

As the NRM Prepares to storm the diaspora canvassing for support, Bobi Wine recently wrote to the Electoral Commission notifying them that he would be carrying out consultative meetings for his 2021 presidential bid starting next year.