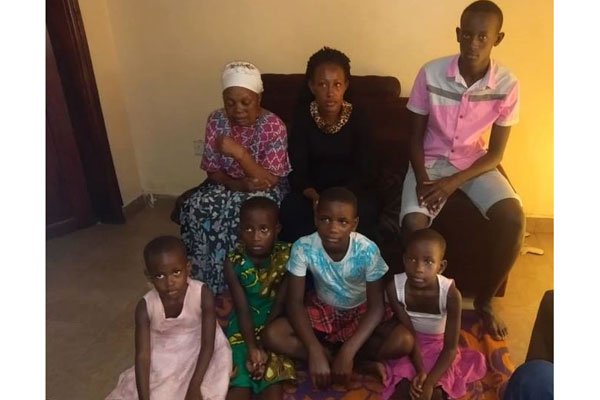 Residents of Busingiri Zone, Nyanama in Makindye/Sabagabo Municipality have joined Ms. Hope Kampaire, the wife to Jack Erasmus Nsangiranabo, an Internal Security Organisation (ISO) operative, who went missing in March this year to plead for his release before the landlord evicts his family over unpaid rent arrears.

The solidarity follows fresh threats from the landlord, Mr. David Sabiti who warned that he wants Nsangirabo’s family to pay all dues from December 2018 up to date or quit the house if they cannot afford to pay rent.

“We are worried that our neighbor may be evicted from the house since arrears have risen to over Shs5,000,000 yet her husband was allegedly abducted by ISO operatives for unknown reasons,” Ms. Nisha Mbabazi, one of the neighbors said

Mr. Michael Mukuye, the area LC1 chairperson said the landlord has been petitioning his office since April this year to have Nsangirabo’s family evicted over rent arrears.

Nsangirabo’s family is worried about his continued detention despite several efforts to have him released or arraigned in court which even compelled them to the extent of suing ISO boss, Col Frank Kaka Bagyenda over the same.

In a miscellaneous application 671 of 2019 filed on October 2, in Kampala High Court, the family through their lawyers of M/S Masereka & Co. Advocates seek a declaration that Mr. Bagyenda is in contempt of court for refusing, ignoring and failing to implement an earlier High Court order directing him to release Nsangiranabo from illegal detention.

Nsangiranabo was allegedly arrested on March 7 and detained at an ISO-run safe house in Kalangala District and family members were not informed of the crimes that led to his arrest.