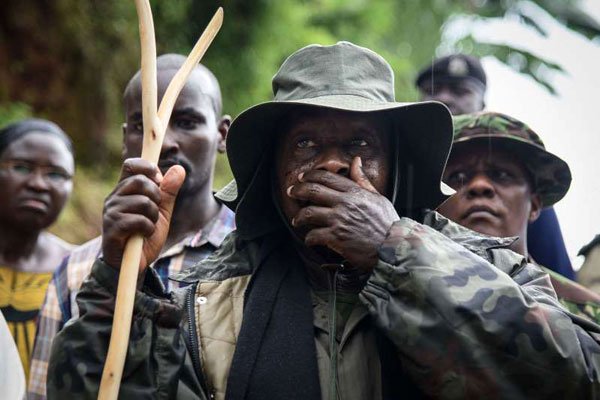 President Museveni will lead veterans, youth and well-wishers in a 60mile (100km) symbolic trek from Galamba in Wakiso District to Birembo in Kibaale District to celebrate freedom fighters’ heroic sacrifices for patriotism.

According to Statement issued “The trek which should be on foot, should remind the elderly but also to sensitize the younger people, including the Bazukulu (youth), the heroic exertions of the freedom fighters who were doing for no pay, no reward – just for patriotism, (mwooyo gwa Uganda).”

Th3 100km 3 day trek code-named “Africa Kwetu” will start on January 6 to January 9, 2020, with hope to cover between 15-20 miles per day before breaking in the evening over a bonfire where the President and other veterans will address the trekkers about Uganda’s liberation journey

“It is hoped that the trekkers will cover between 15 – 20 miles per day before breaking in the evening over a bonfire where the President and other veterans will address the trekkers about Uganda’s liberation journey with emphasis on the role of various organizations including The Front for National Salvation (FRONASA) and the National Resistance Movement,” Mr. Wanyama said.

Trekkers will reportedly have an opportunity to field questions, interact, see (via historic clips on large screens) and hear from “those who sacrificed. This Trek organized by the National Resistance Army (NRA) Archives Unit headed by the President’s Senior Advisor/NRA Alice Kaboyo comes precisely 20 years after Mr. Museveni, who has been in power for 33 years, did the same trek in 1999.

Mr. Wanyama added that Next year’s trek will culminate into building a historic NRA Museum at Kanyara in Nakaseke district, he also revealed that Various individuals and corporate organizations from around the country have already registered for the trek that will involve various war veterans.

The NRA walk comes just days after Mr. Museveni, 75, led another walk in Kampala in an attempt to intensify the fight against corruption which he said was the biggest hurdle faced by his government, with some of his ministers and other government officials being accused of perpetrating the vice.

While Museveni’s critics said the December 4 walk was a parade of corrupt public servants with majority Cabinet ministers staying away from the event, which started from Constitutional Square up to Kololo Independence Grounds in Kampala, the Public is now asking why there too many walks by the President, “Is he trying to prove that he still has stamina”