Cabinet Reshuffle was a bold message to Rwanda 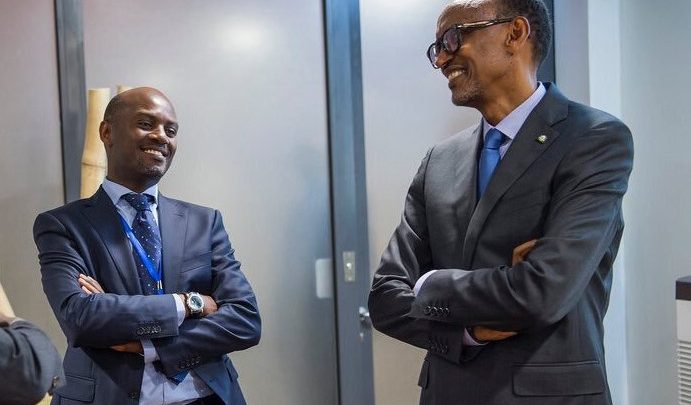 Veteran journalist Andrew Mwenda has said that the recent cabinet reshuffle by President Museveni was his way of communicating to Rwanda with who they’re at loggerheads that he is still in charge.

Mwenda asserted that the reshuffle was not just about combating corruption like one would put it, but rather a strong message to President Paul Kagame of Rwanda.

“I don’t think that the primary aim of the cabinet reshuffle was because of corruption because that is the way Museveni repays his ministers. The reshuffle has taken more than three years. He then brings in Otafiire and announces the [reshuffle] the day Uganda and Rwanda government had deliberations. I think this was deliberate. Appointing Otafiire as the Minister for East African Affairs means President Museveni was sending a message to Rwanda and I am sure President Kagame got the message. If he wanted to amend relations with Rwanda, he would make appointments that in a way to please them,” Mwenda said.

Mwenda also added that Museveni has no plans whatsoever to hand over power to anyone including his son Muhoozi Kainerugaba because Museveni is addicted to Power and he has a plan for himself to stay in power.

According to Mwenda, the recent reshuffle saw a number of younger ministers being appointed but these were placed in dockets where they won’t have so much of influence.

“I don’t think Museveni has a plan for power transition even for Muhoozi. He has a plan for himself to stay in power. If we were seeing a younger prime minister, deputy prime ministers, and the speaker, then we would feel that politically, he is preparing for the transition. The young people have been brought in, but I thought he would give them greater power. I don’t see in Museveni’s cabinet a path to any Form of transition,” he added.

During the same conversation, Ofwono Opondo the Government asserted that the newly appointed Minister was chosen on basis of loyalty and ability to canvass support for Museveni ahead of 2021.