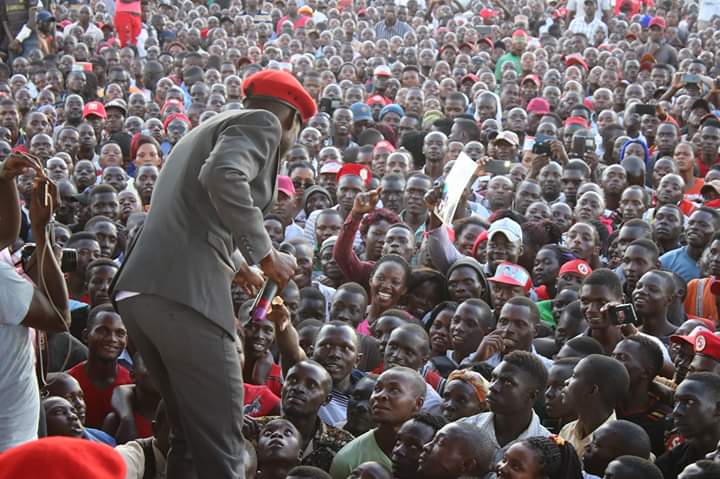 Electoral Commission has warned Kyadondo East Legislator Robert Kyagulanyi aka Bobi Wine to desist from holding public rallies and processions in his countrywide consultations ahead of 2021 elections.

In a letter permitting Bobi Wine to hold consultations, the EC chairman Justice Simon Byabakama said that the meetings must be held in secluded places instead of holding Public rallies.

“We urge you to desist from holding rallies, campaigns and carrying out processions on public roads under the guise of conducting consultative meetings as this would totally be contrary to the objectives of consultations envisaged under section three of the Presidential Elections Act of 2005,” the letter reads in part.

“When you consult, you convene a meeting in a secluded place. It does not mean you hold processions and public rallies,” Justice Byabakama added.

In response, People Power Movement spokesperson, Mr. Joel Ssenyonyi said they were ready to abide by the guidelines because they have been Law-abiding citizens since day one.

“We are law-abiding and we’re going to follow the law to the latter. The local authorities and police will be informed in good time such that our activities are not disrupted,” he said.

Police spokesperson Fred Enanga also noted that they are ready to allow the People Power consultations as long as they abide by the public order management act.

“The provisions of the Public Order Management Act still stand. They have to inform the local authorities and police about the venue and number of people to attend their meetings,” Mr. Enanga said.

Bobi Wine had earlier written to EC, informing them about his intentions to consult the electorate about his presidency bid across the Country ahead of 2021.