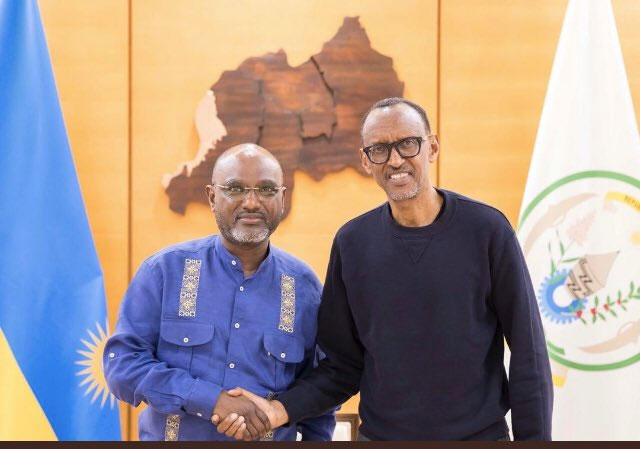 On Sunday President Paul Kagame held what the Office of the Rwanda President described as “a positive meeting” with Ambassador Adonia Ayebare, President Yoweri Museveni’s Special Envoy, who traveled to Kigali with a message regarding the two countries’ relationship that has been under turmoil for the few months.

While details of the message have not been released yet, but Ambassador Ayebare said, “thank you, President Paul Kagame, for warmly receiving me at Urugwiro village this evening where I delivered a message from President Museveni.”

Adonia Ayebare is the Permanent Representative of Uganda to the United Nations.

News of the message and meeting will raise hopes of an agreement to end a year-long disagreement that has seen Rwanda close its borders against Uganda.

Kagame and Museveni were once close allies, but their relations have turned deeply hostile in a dispute that damaged trade between the East African neighbors.

The two presidents of Rwanda and Uganda in August signed an agreement in Angola to ease months of tensions after the two leaders exchanged accusations of spying, political assassinations and meddling, however, there has been slow progress on the actual return of normalcy especially the opening of the Gatuna border which the Kigali administration closed in February this year.

Delegations from Rwanda and Uganda two weeks ago back failed to reach an agreement and decided to refer the matters to the head of states of both countries.