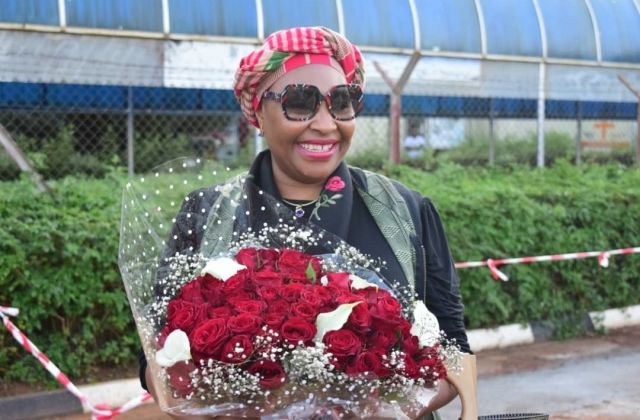 Currently, her local managers cannot access her in a city hotel after armed security officers raided it and blocked them before seizing their phones.

A few months ago she described Hon. Kyagulanyi Ssentamu as the new Mandela urging all Ugandans to join him in the struggle for a new Uganda.

Chaka Chaka has been at the forefront of South African popular music for 27 years and has been popular in Zimbabwe, Kenya, Gabon, Sierra Leone, and Ivory Coast. Songs like I’m Burning Up, Thank You, Mr. Dj, I Cry For Freedom, Motherland and the ever-popular Umqombothi (African Beer) ensured Yvonne’s stardom. The song “Umqombothi” was featured in the opening scene of the 2004 movie Hotel Rwanda.

Yvonne is a champion for the Global Fund to Fight AIDS, TB and Malaria, the United Nations MDG Envoy for Africa, and the Goodwill Ambassador for the Roll Back Malaria Partnership. She was chosen by Nelson Mandela as the first ambassador for his children’s fund and has also established her own charity, the Princess of Africa Foundation, using the name first given to her in Uganda.

This is still a developing story.