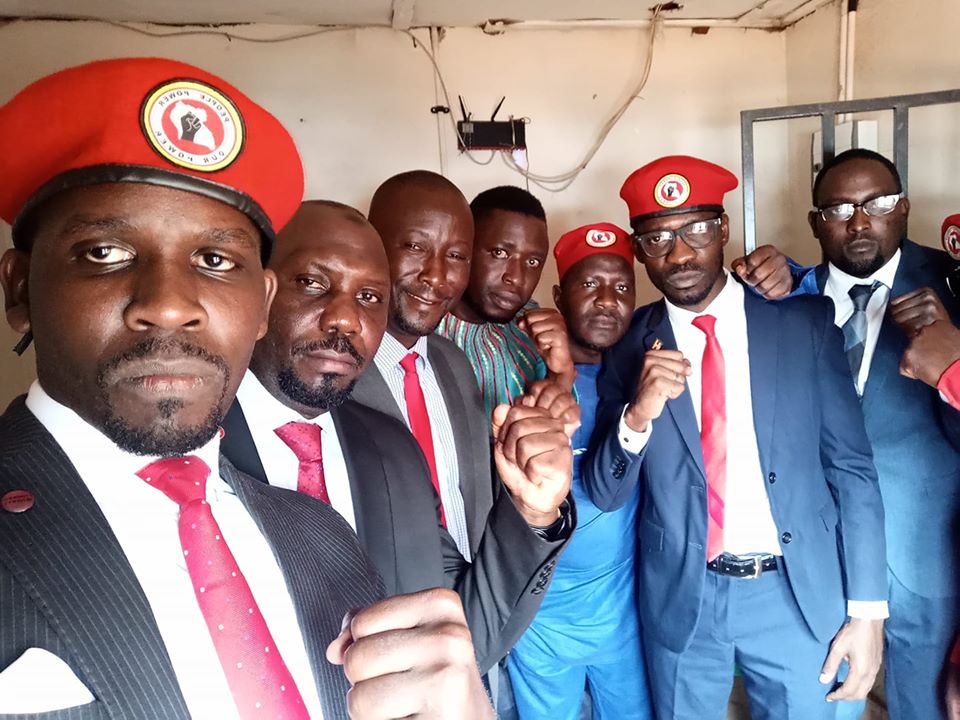 Bobi Wine who was holding his first Presidential bid consultation gathering in Gayaza town was shocked to see Police fire tear gas towards his supporters stopping him from talking to those who had gathered.

A few weeks ago, Kyagulanyi was given a go-ahead by the Uganda Electoral Commission chairman Justice Simon Byabakama to hold his countrywide consultation meetings because they are provided for under the laws of Uganda.

Byabakama, however, cautioned Bobi Wine not turn the consultative meetings into campaign rallies to which Bobi Wine promised that he would uphold by what Police tells him to do.

On Saturday, Kyagulanyi announced that he would start from Kyadondo East at Our Lady of Good Counsel, Gayaza Parish where he would host the first meeting on Monday morning. However, Police surrounded the venue, fired tear gas and live bullets before ordering the public to vacate the venue and arresting Bobi Wine.

According to the police spokesperson Fred Enanga, police received a letter that notified them about the intended meeting but they deployed to make sure that the legislator had complied with all the requirements as stipulated in the Public Order Management Act (POMA).

The People Power Movement Spokesperson, Joel Ssenyonyi says, they observed the law and followed everything the authorities asked them to fulfill for the consultations to happen however While Mr. Museveni is walking and going around the country, he doesn’t want the rest of the Politicians to interact with Ugandans. Nonetheless, as Ugandans, they shall not tire in the quest for change, because nothing can stop an idea whose time has come.

On why Bobi Wine and colleagues have been arrested, the Police are yet to explain.