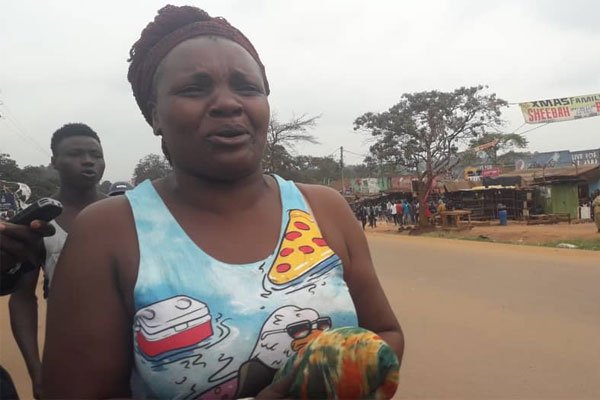 A one-day-old child has been rushed to hospital in critical condition after inhaling teargas that was fired by riot police officers as they disrupted a scheduled consultative meeting by Kyaddondo East legislator, Mr. Robert Kyagulanyi aka Bobi Wine.

The baby’s home in Gayaza town, Wakiso District is one of the hundreds of premises that are near Our Lady of Good Counsel Secondary School, Gayaza in Kyadondo East, where the meeting was supposed to take place.

As police fired teargas and live bullets to disperse supporters of People Power Movement, residents and business people were caught up in the chaos,

The teargas spread to homes and business premises and trapped residents. Several journalists have also been arrested as they reported the unfolding chaos.

Among those arrested are Mr. Eddy Kisekka (NBS TV) Mr. Anold Sseremba (NTV) Ssematimba Bwejiire (Radio Simba) while Mr. Moses Egesa (NTV driver) sustained a wound on his hand after being hit by a teargas canister.