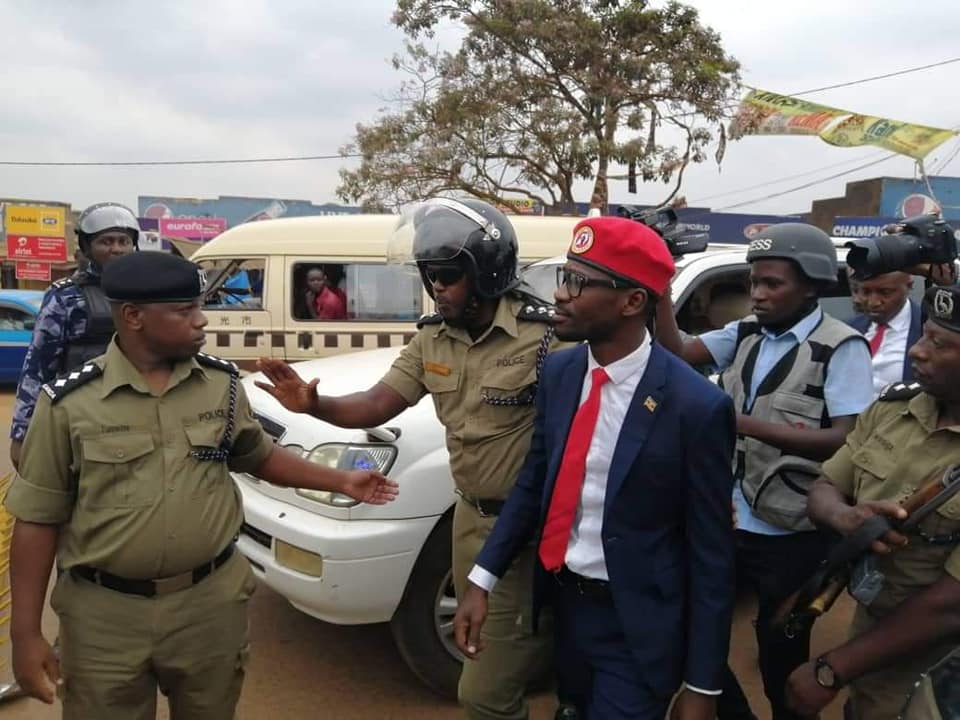 The People Power movement has vowed to continue with Presidential bid consultations despite police blocking their first consultative meeting that was supposed to take place on Monday in Gayaza.

Addressing the media on Monday, the executive secretary of the  People Power Movement David Louis Rubongogya said nothing will stop them from carrying on with their program of traversing the country to consult Ugandans despite all the challenges.

Police foiled the first consultative meeting on allegation that they did not fulfill some of the requirements in the Public Order Management Act. Rubongogya insisted that the pressure group fulfilled all the necessary requirements and the other conditions such as availing sniffer dogs and fire extinguishers which are supposed to be provided by police.

The People Power Movement team leader Robert Kyagulanyi aka Bobi Wine was also arrested and taken to Naggalama police station but later released in the wee hours of the night.

“We went and complied with all the requirements, secured the venue… in most cases we had to spend a lot of money booking the venues,” he said.

The Butambala MP Muhammad Muwanga Kivumbi said:” Kasangati was an open place but an open place can facilitate a consultation because this an exchange between a candidate and people.” Adding that they will continue with their consultation meetings as scheduled without fail.