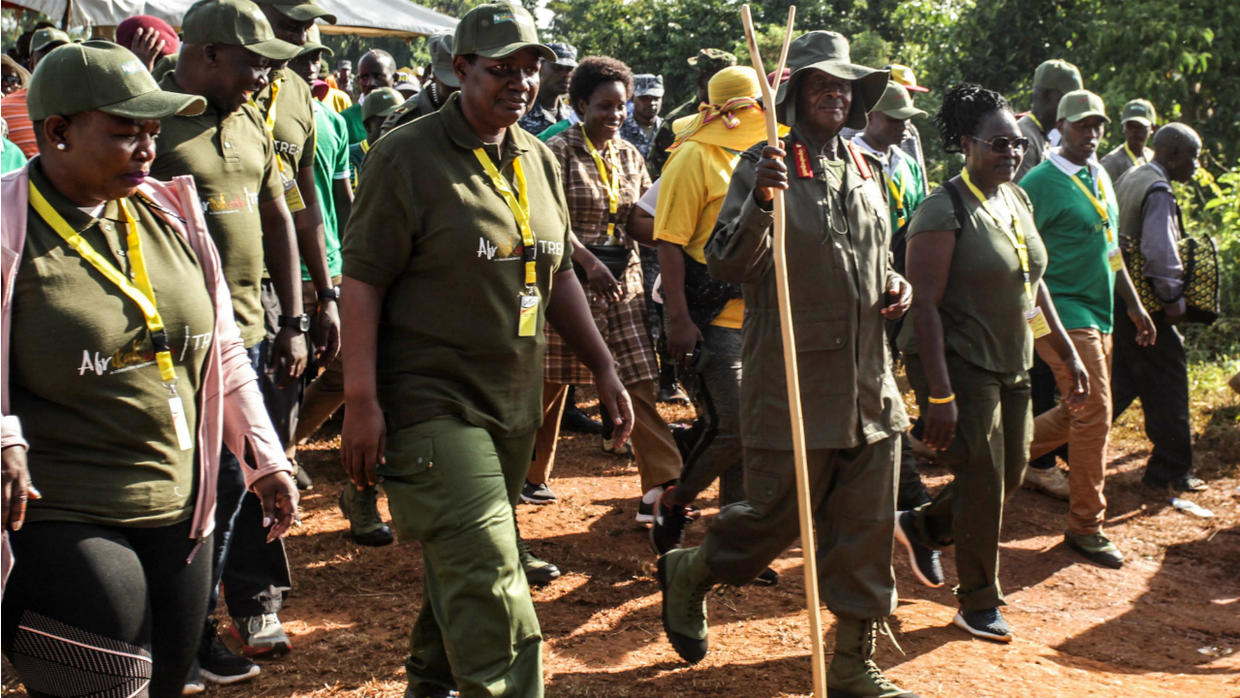 The Forum for Democratic Change (FDC) has accused President Museveni of wasting the taxpayer’s money during his great trek walk where he claims to be retracing history.

Addressing a press conference, Ibrahim Ssemujju Nganda, the FDC spokesperson said Uganda is greatly counting financial losses for all the period President Museveni is spending on the walk which he described as a wasteful expenditure financing an individual’s physical exercise.

“We would be spending, for example, Shs 2.4 billion of this borrowed money, everyday Museveni undertakes physical exercises. this is the money spent to maintain people who are securing him and pay allowances of all manners of staff,” he said.

Ssemujju added that the walk is a waste of time and government resources which has made the government officials to abandon their important work to go cheer up Museveni as he rallies the masses ahead of 2021.

“A lot of money is spent on those who are cheering him up, you have seen them, they have abandoned work, many of them are there wasting time,” he said.

Ssemujju also called for the participation of all leaders to enable the process of a joint candidate before 2021 general elections if they want to un sit Museveni in 2021.