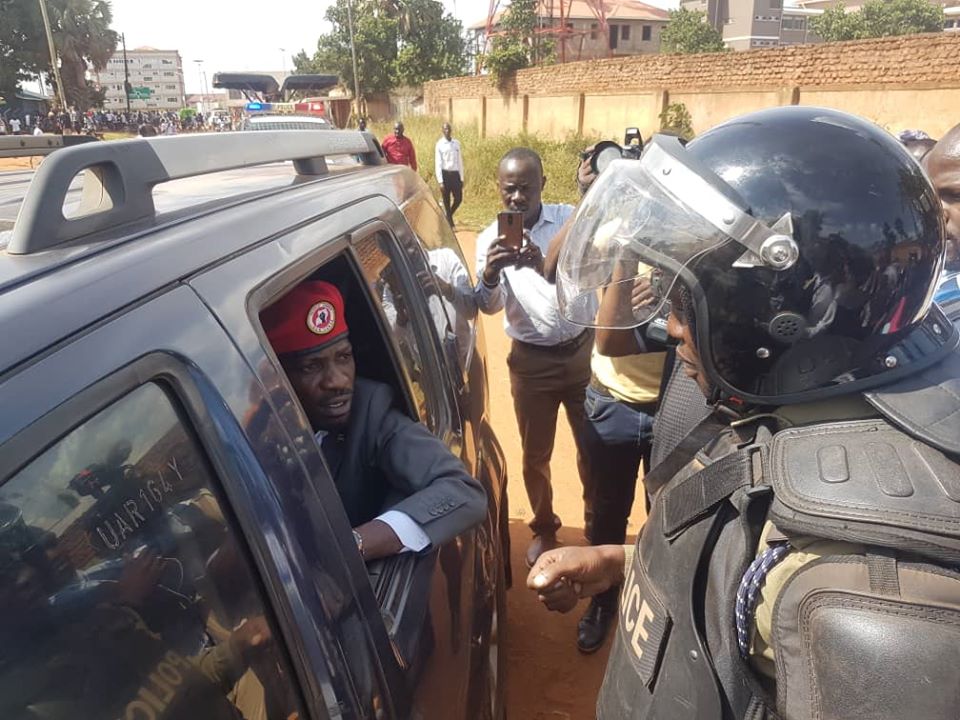 Police in Lira town have intercepted Kyadondo East MP Robert Kyagulanyi aka Bobi Wine in an attempt to block his scheduled consultative meeting ahead of 2021 presidential elections.

Police on Wednesday sealed off a hotel in Lira Town and ordered journalists to vacate the premises in an attempt to block Kyadondo East Legislator Robert Kyagulanyi aka Bobi Wine’s consultative meeting.

The musician-turned politician who has become a popular figure among young Ugandans announced last year that he would challenge President Museveni in the 2021 elections and for him to achieve this he needs to consult the voters before nominations.

As the law requires, on December 3, Bobi Wine wrote a letter to the Electoral Commission officially introducing himself and outlining his plans, which he published on social media and he was granted permission to go on with his plans but over time Police continues to foil his plans.

On his way to Lira, Bobi Wine published all the receipts for the Hall bookings he had made and all the other requirements police needed, however, Police continues to block his events saying that his events do not comply with the Public Order Management act 2013.

News reaching us indicates that One of the Officers was heard boasting that she is under orders to make sure Journalists do not take pictures that could mess up their Operation or Plan.