Court orders separate trials for Kanyamunyu and 2 others 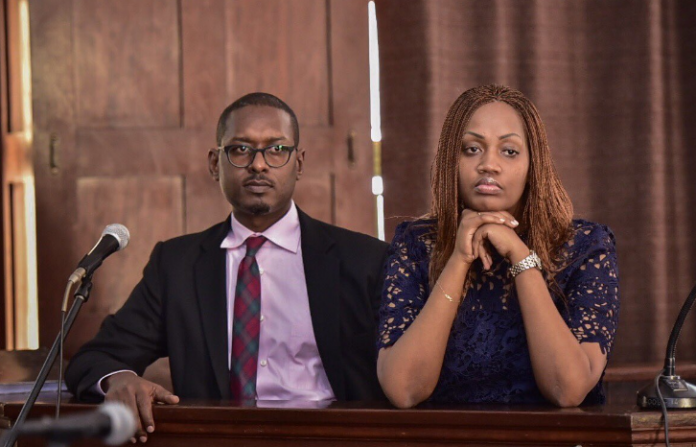 Justice Mubiru ordered after defense lawyers led by Shaban Sanwa told court that one of the suspects, Joseph Kanyamunyu has not been able to attend because he is admitted in hospital.

The trial was scheduled to take place in three days at High court starting today, January 8-10, 2020 but Court delayed to kick-off due to lack of a French interpreter for Ms.Munwangari

The three are accused of shooting Akena on November 12, 2016, around Lugogo bypass, Prosecution alleges that on November 12, 2017 while at Game Stores, Kanyamunyu, in the company of his girlfriend, allegedly shot Akena and drove him to Norvik hospital, where he died.

Joseph Kanyamunyu is implicated in the condition that the telecom printouts indicated that he was contacted immediately after the incident, which puts him in a position to be having some knowledge of the incident.

The prime suspects are currently on bail which was  granted to them by Nakawa Grade one magistrate Noah Sajjabi on March 28, 2017, and Mathew Kanyamunyu was bailed on October 4, 2017