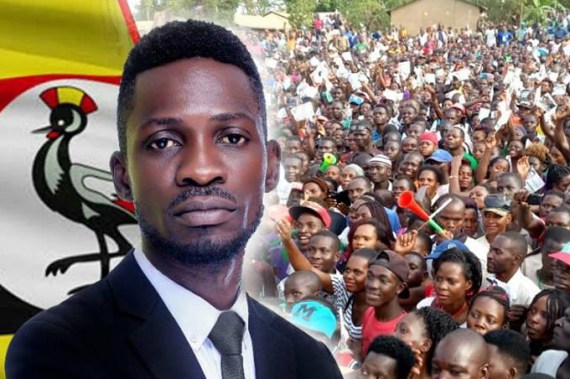 Kyadondo East Legislator Robert Kyagulanyi aka Bobi Wine has fired back at senior army officer, Captain Sula Sserunjogi’s statement which says that Bobi Wine can never be a Uganda People’s Defence Forces (UPDF) Commander in Chief and other security forces in Uganda via his Twitter handle.

Bobi Wine expressed his displeasure over captain Sserunjongi’s statements saying the army is practicing partisan politics yet it’s supposed to be universal as the Constitution commands.

After, Bobi Wine accused President Museveni of turning the national army into his mercenaries who have turned against Ugandans warned that very soon Ugandans will speak and the guns will go silent.

“We the people shall soon speak and the guns will go silent,” Bobi wine said.

“why we must end military rule and establish a civilian government that adheres to the rule of law. our constitution commands that the army shall be non-partisan. but see what the Museveni regime has turned our nation into,” Bobi wine added.

On Wednesday while addressing the trekkers that have been taking part in the Afrika Kwetu trek, Captain Sserunjogi told the gathering that President Museveni is the Commander in Chief of the armed forces in Uganda and no one else will be, besides Museveni.

Despite Bobi Wine being celebrated world over for using Music to front his political agenda and ideology, Captain Sserunjogi seems to be negative about Bobi Wine’s political oriented music saying that music has in the past been used to disorganize the country politically.