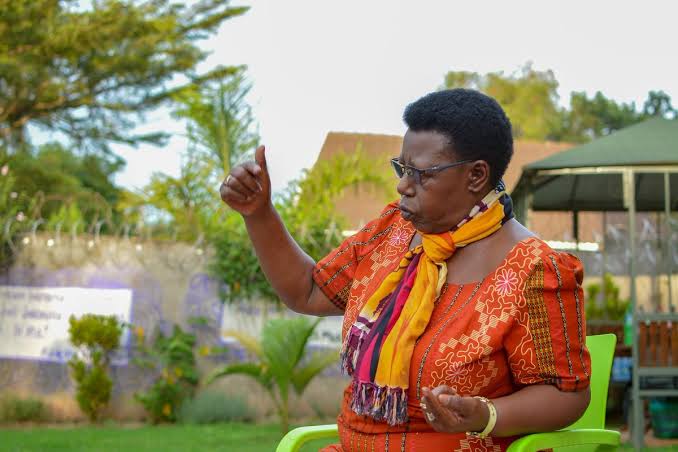 Former Ethics and Integrity minister Miria Matembe believes President Museveni is afraid of People Power presidential aspirant, Robert Kyagulanyi aka Bobi Wine that is why Bobi Wine’s efforts to consult are being frustrated.

“I saw Amin. I saw Obote. I haven’t seen any president as cowardly as President Museveni who can even fear a cockroach.”

On why President Museveni reportedly fears Kyagulanyi, Matembe cited the 1980 election debacle when Museveni was up against now Foreign Affairs minister Sam Kahamba Kutesa when he was despised and dismissed as a young boy just like Kyagulanyi.

“When he contested for elections in 1980, he was minimized, he was despised and called a young boy like Kyagulanyi is now. He was described as irrational, erratic and a munyarwanda without origin. This was unlike Kutesa who was coming from a well-known dignified Bahima family.”

She added that the People of Kiruhura who now worship Museveni had rejected him for being and a nobody who had no origin.

Matembe went on: “If he [Museveni] could be described like that and made nobody like Kyagulanyi is now…yet he went to the bush and came back as a revered president. That is why he has a cause to fear this young man.”

Matembe observed that elections cannot remove Museveni from power and doesn’t know what “miracle God is preparing for us”  adding that the Country should not waste any more money on elections because Museveni cannot accept to be defeated.