New Ministers urged to desist from any form of Corruption 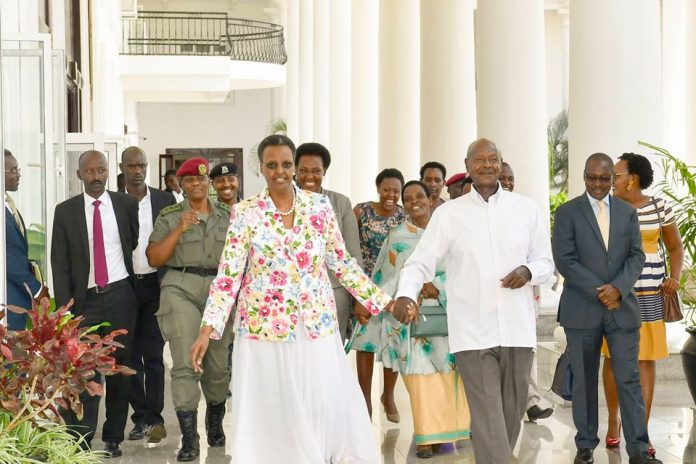 The Newly appointed ministers took oath of office on Monday at State House Entebbe amidst Jubilations and celebrations.

President Yoweri Museveni who presided over the Oath ceremony called upon all ministers and public servants to desist from engaging in any form of corruption.

‘’Corruption by any government officials is a great betrayal to Ugandans who are desperately yearning for service delivery.’’ He said

He also urged the general public to embrace this fight and report the crooked officials with evidence, as opposed to rumors and he will take action against the corrupt.

On December 31, 2019, President Museveni in his televised end of year speech, Like in his end of 2018 speech, promised to end corruption saying that his government is not afraid to take on anyone in the fight against corruption.

‘’ There is no corrupt individual that we cannot bring down. All we want is evidence. We never want to be unfair to anybody. Stay tuned on this.’’ He said

Among the newly appointed ministers included Raphael Magyezi popularly known for the age limit, Judith Nabakoba, Beatrice Anywar aka Mama Mabira and so many others.

The Mem­ber of Par­lia­ment for Igara West, Hon Raphael Magyezi tabled the con­tro­ver­sial Con­sti­tu­tion Amend­ment Bill 2017 which sought to amend the Con­sti­tu­tion to re­move the age limit for Pres­i­den­tial can­di­dates which was previously capped at 75 years will now be serving the country as the Minister for Local Government.