Ssekikubo accuses Gen. Tumwine of enforcing the quarantine to create a monopoly on the Cattle trade in Lwemiyaga 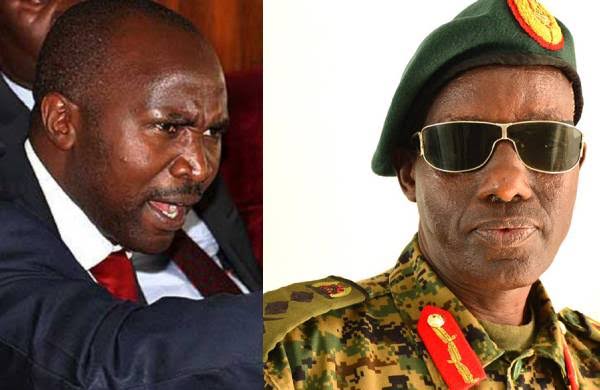 Ssekikubo accuses Gen Tumwine of enforcing the quarantine to create a monopoly and profiteer from cattle trade with his business associates at the expense of local livestock farmers adding that although there hasn’t been any confirmed case of the foot-and-mouth disease in Lwemiyiga County, the security agencies have insisted on closing cattle markets in total disregard of the provisions of the Animal Diseases Act that only mandates the Commissioner Animal Health to issue such directives.

Prior to his arrest, Ssekikubo indicated that hundreds of Cattle farmers had petitioned Parliament on Tuesday complaining about the persecution by the security Minister disguised in enforcement of quarantine.

According to Ssekikubo, enforcing a false quarantine in Lwemiyaga is a deliberate ploy by Tumwine to compel farmers to sell off their livestock at a giveaway price in markets in the neighboring districts that are already manipulated by Gen Tumwine’s associates.

However, General Tumwine described his accusers as hopeless fellows craving for public sympathy after committing offenses adding that he will be dragging his accusers to the courts of Law for maligning his reputation.

“All that is hopelessness. He’s just trying to be heard or be seen trying to do something. It’s not only his area that is under quarantine. The whole of Sembabule District is under quarantine…In a written document regarding why and how quarantine should be managed which was passed by Cabinet, first of all, every citizen has a role against anybody who breaks the law. Once an area is declared under quarantine, it is the security forces which enforce,” Gen Tumwine

On his role in enforcing the Quarantine in Sembabule district, Gen. Tumwine noted that he is directly responsible for averting all forms of insecurity.