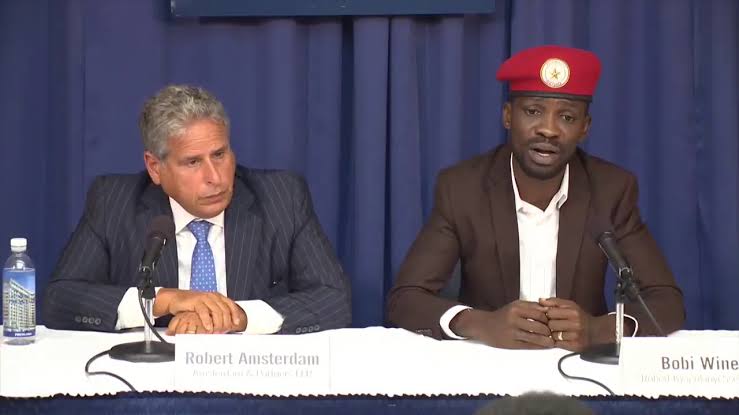 Following the arrest of  Robert Kyagulanyi aka Bobi Wine by state security forces while at a voter consultation meeting last week, international lawyer Robert Amsterdam of Amsterdam & Partners LLP condemned what he saw as yet another sign of President Museveni’s increasingly unapologetic authoritarianism.

Mr. Amsterdam has represented Mr. Kyagulanyi since August 2018 after his client was arrested on what he called trumped-up, yet-to-be-proven charges ranging from “obstructing the president’s motorcade” to “illegal possession of a firearm.”

Mr. Amsterdam is a staunch supporter of the People Power political movement embodied by his client and friend Bobi Wine and has dedicated himself to protecting Mr. Bobi Wine’s rights and wellbeing.

Bobi Wine has quickly become one of the most recognizable figures in Ugandan and African politics.

Naturally, Yoweri Museveni, who’s been President of Uganda since 1986, has identified the self-described “ghetto president” and his People Power movement as a threat, making additional attacks on political liberties and violations of human rights in Uganda all the more likely as the 2021 general election approaches.

Amsterdam said Uganda is in clear violation of the international covenant on civil and political rights, the UN convention against torture, the African Charter of Human Rights of the African Union, and a number of other international treaties.

“It is the responsibility of the international community to take action to halt the human rights abuses in Uganda.”

“Bobi Wine is a powerful voice for change in Uganda and other nations bearing the burden of despotism, and that makes him a target.”

“Global defenders of democracy ought to keep their eyes turned towards Uganda, otherwise the regime of President Yoweri Museveni will employ the same violently repressive tactics it has for years.”