DRC backed by Rwanda to crack down the Hutu 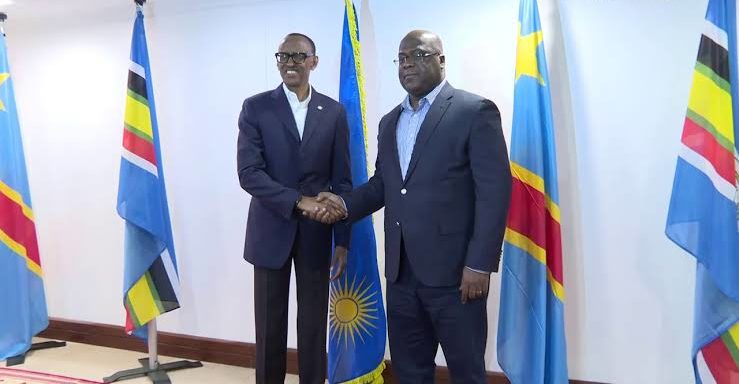 Rwanda backed DR Congo’s military crackdown on Hutu rebels, who accuse the neighboring nations of trying to “massacre” them and “balkanize” the DRC’s volatile east.

The Democratic Forces for the Liberation of Rwanda (FDLR) rebel group operates freely in the North Kivu and South Kivu provinces of the Democratic Republic of Congo where other militias and rebel groups also abound.

“Thanks to the Congolese army, the days of the FDLR are numbered,” Rwanda’s minister in charge of East Africa, Olivier Nduhungirehe, tweeted.

In September, Rwanda hailed the death of FDLR chief Sylvestre Mudacumura, which was announced by the Congolese army, in a sign of thawing ties between the neighbors.

The FDLR groups former members of the Rwandan army who fled to DR Congo after the 1994 Rwandan genocide in which some 800,000 people, mainly Tutsis, were killed.

The FDLR in a statement on Sunday accused Rwandan President Paul Kagame and his Congolese counterpart Felix Tshisekedi of “concluding a pact … to massacre Rwandan refugees in the east of DRC.”

They also accused the “invaders of the DRC including the Rwandan government … of trying to occupy the DRC and balkanize the country.”

The influx, he said, was a source of friction in eastern DRC adding that the poor and chronically unstable region is in the grip of militias, some of which are historically rooted in armed campaigns against neighboring regimes.