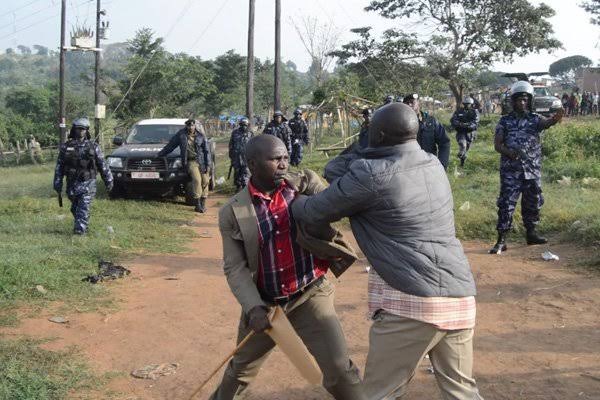 Lwemiyaga County Member of Parliament, Theodore Ssekikubo has been brutally rearrested from his home and driven to an unknown destination by plain-clothed men.

“Hon. Ssekikubo has actually been brutally re-arrested from his house in Lwemiyaga and driven to an unknown destination,” MP Ssegona who doubles as the Busiro County East said.

Mr. Ssekikubo was granted bail on Tuesday, January 14, 2020, by Masaka Magistrate’s Court after the State failed to adduce court records regarding his alleged skipping of bail in 2010 over the attempted murder case.

Ssekikubo was first arrested on Friday last week amid a scuffle between police and herdsmen who attempted to forcefully enter Lwemiyaga Cattle Market that had been sealed off over a Foot and Mouth disease outbreak.

But the legislator had opposed the move, saying there was no outbreak of the disease in the area and that it was the work of Security minister Elly Tumwine who wanted to take control of the cattle markets in the area because he has interests in the cattle business.