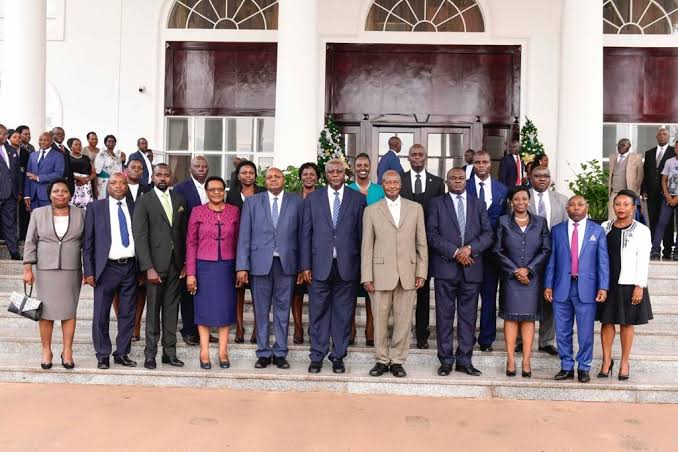 President Museveni last evening scoffed at those supporting homosexuality in the country and warned that their advocacy might provoke the majority who hate the practice.

He noted that Homosexuality has been there even before independence and that it has always been ignored because only a few people are engaged in it.

“I was discussing with somebody that is why I delayed to come. We were discussing legal issues – the issue of homosexuality. I was meeting the head of UNAIDS, Ms. Winnie Byanyima. On our law books, we still have homosexuality as a crime and it was put there by the British as an offense,” President Museveni said yesterday.

The President who was presiding over the swearing-in ceremony for the new Principal Judge, Dr. Flavian Zeija, and three justices of the Supreme Court at State House in Entebbe yesterday said LGBTIQ advocates need to go slow while advocating for homosexuality to avoid backlash.

“For us, we know that there is a main way of life but there is some deviation and African society says about that. The law criminalizes homosexuality and hunts those people but also, we have been advising the Western parties not to provoke the big majority by fronting homosexuality as if it’s something appreciated,” the President said.

In the same way, the executive director of UNAIDS, Ms. Winnie Byanyima, has previously been quoted advising the government to decriminalize prostitution and homosexuality to curb the rising number of HIV infections.

“We have a law criminalizing homosexuality. Most of the society does not agree with it, but the result is that we drive gays, lesbian and transgender people underground and they do not come out for HIV testing and treatment,” she added.

“That means they and their sexual partners will continue lacking the services and also spreading the infection,” she added.

Mrs. Byanyima told one of our sources that the government has no business engaging in moralizing the public adding that the government needs to let the church and mosque preach about sexual behavior because they are moralists other than Government mixing up moral issues.