Over 2700 UPDF veterans to be deployed in Somalia 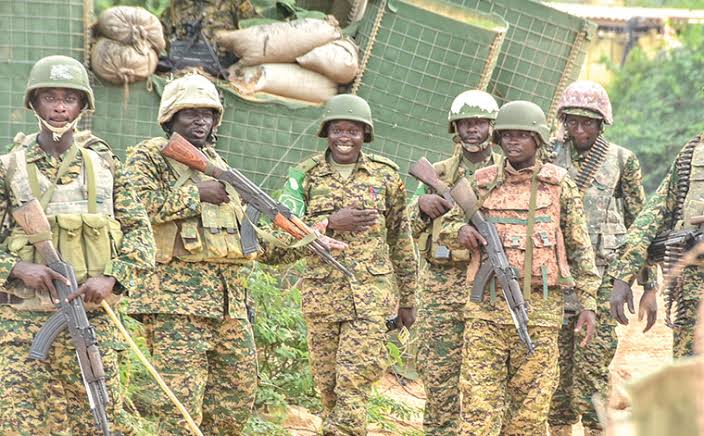 The Uganda People’s Defence Forces(UPDF) is set to recall over 2752 retired soldiers for deployment in Somalia under the AMISOM.

According to, Lt. Gen. Charles Awany Otema, the UPDF Reserve Forces commander said the four- day exercise to recall the veterans for deployment will begin on January 20 before they are taken for training.

“Article 17 of the 1995 Constitution of the Republic of Uganda and Section 31 of the Uganda Peoples’ Defence Forces (UPDF) Act 7 of 2005 empower the Commander-In-Chief to order all or part of the Reserve Force to be on continuing full-time military service for such a period of time as he (C-In-C) may determine,” Lt.Gen.Otema said in the statement.

The UPDF veterans will then be deployed in Somalia to serve under Battle Groups 31 and 32 to augment the UPDF operations under the AMISOM and we’ve also learned that the call targets only the honorably discharged/retired UPDF veterans from the rank of Major and below.

The army says that only those aged 55 and below without any criminal record and in possession of original national IDs will be eligible for deployment and that they will be screened for physical, medical and mental fitness.

In 2007, Uganda was the first country to deploy troops in Somalia under the AMISOM and turned around what had for long been termed as a “mission dead on arrival” with troops deployed in Sector One in Benadir,(has 16 districts) Banadir, and Lower Shabelle regions having pushed Al Shabaab militants for over 200km away from Mogadishu city for normalcy to return to the capital where the militants roamed freely.