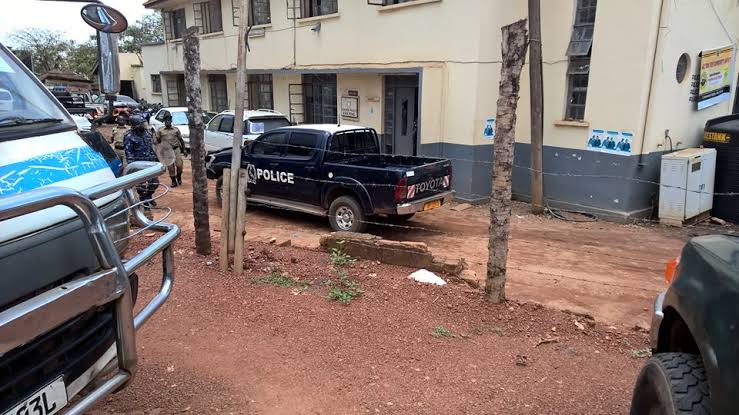 Nine police officers have been charged with theft and negligence of duty charges over a TV set that was stolen from Jinja Central Police Station.

A 40-inch plasma screen that was donated to Police by Startimes last month was on Monday stolen from the wall adjacent to the Jinja CPS reception where it had been mounted a few weeks ago.

According to the Kiira Region police Spokesperson, Diana Nandawula, nine officers who were on duty on the day the TV set went missing have been charged with negligence of duty and theft.

“We have charged nine people who were on duty on that day. One of them is an officer and the others are at junior ranks,” Nandawula

“We have charged them of theft and negligence,” but are on police bond as investigations continue.

We have learned that nine of the suspects included the duty officer at the rank of Assistant Superintendent of Police(ASP), a sergeant, five corporals, a detective constable, and a special police constable who were all on duty when the TV set went missing on Monday.

The Police Spokesperson also noted that the file will be submitted to the Jinja Resident State Attorney(RSA) for perusal and advice on whether to charge them criminally or disciplinary.