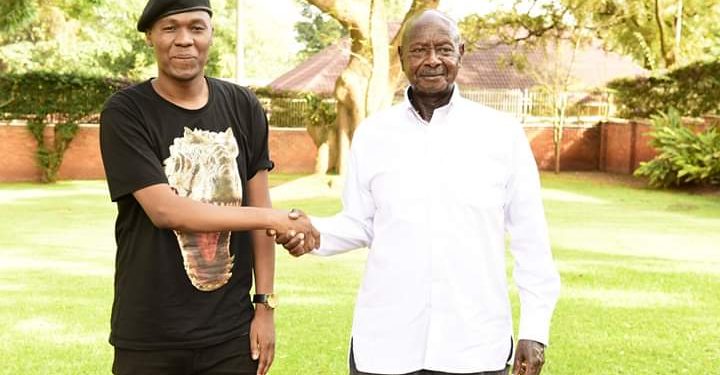 Singer Ibrahim Mayanja aka Big Eye has denied receiving Money from President Museveni revealing that the meeting he had with the President was fruitless because he didn’t receive even a coin as he had expected.

A few weeks ago, Big Eye met and shook hands with President Museveni days after the singer was pelted with bottles at a music show and he claims that despite allegations of him receiving money, some of the things he discussed with president Museveni included some of the challenges in the music industry and the 2021 general elections.

“I would like to tell the public that it’s true I met the president of the country but I don’t want you to think that I am financially stable as many people do think,” he said.

Big eye said that he has been going through trouble with people who keep on calling him for handouts thinking that he got sacks of money from the president.

“I saw the president and I talked to him since I was part of 2011 campaign project and I reminded the president of my money because I didn’t get that money,” he said.

Big eye further declared being financially unstable adding that he has not been performing at any shows for quite a long time.

“The truth is that I haven’t got that money so I am very poor and you are all aware that I am no longer performing. Promoters are no longer booking me. I am also a parent and besides that, I have many people I am taking care of,” he said.

Big Eye joined the long list of artistes, President Museveni will be using to canvass votes for him in 2021 against People Power Movement Leader Robert Kyagulanyi aka Bobi Wine an artiste turned Politician.