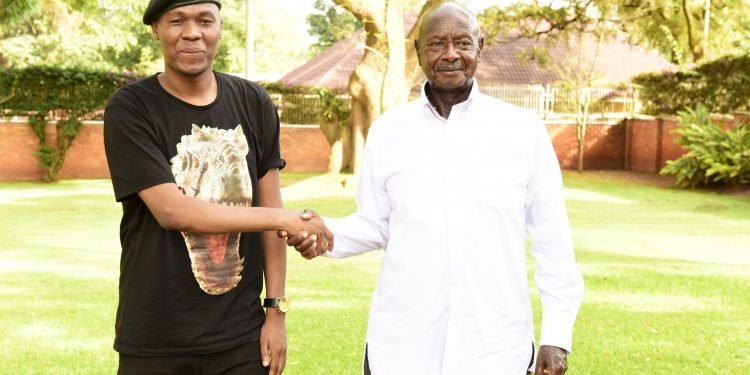 Big Eye has vowed not to make any further public appearances adding that he will only be performing at National Resistance Movement (NRM) events until further notice.

Big eye was last week subjected to what he terms as violence when revelers at Spice Diana’s Freedom City concert pelted him with bottles while hurling insults. This was the second time that Big Eye was forced off stage having found himself in a similar situation while performing at Uganda Museum earlier this month.

According to a statement that has been released by Big Music, an entertainment firm that he owns, Big Eye has resolved not to perform at any event that is not organized by the ruling NRM.

“With due concern, we shall not be performing at any forthcoming events in regards to the violence put against our artiste (Big Eye) for expressing his free political right in our beloved country Uganda,” the statement reads.

He added, “The artiste will be making public performances at only NRM events/ campaigns until further notice. Other updates and changes shall follow.”

Big eye’s oppressors accuse him of supporting President Museveni and according to comments on social media, they also accuse him of betraying Ugandans by his support for the NRM. Big Eye is part of the many artistes who publicly support the NRM like Catherine Kusasira, Bebe Cool among others that have been pelted with bottles in the recent past