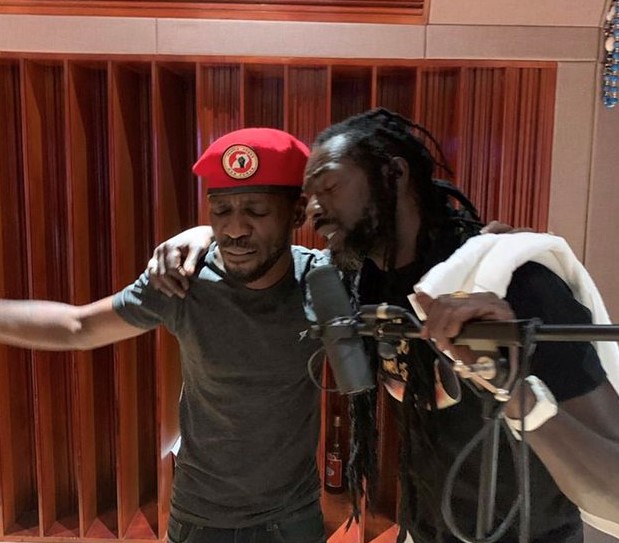 Bobi wine while on his trip to Jamaica hit the studios to record a song with Buju Banton. Buju Banton’s original names Mark Anthony Myrie took his Instagram to announce the project the two were working on.

“Bobi and Buju straight from Uganda to jamaica with love everyoneisgonnalovethis.” 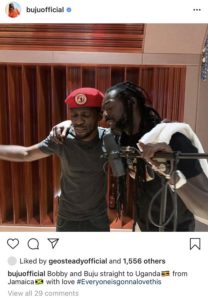 Raised in Salt Lane, a poor area of Kingston, the man nicknamed Buju by his mother Banton is a Jamaican word that refers to someone who is a respected storyteller.

He is widely considered one of the most significant and well-regarded artists in Jamaican music. Banton has collaborated with many international artists, including those in the Hip Hop, Latin, and punk rock genres, as well as the sons of Bob Marley.

Also, know as Gargamel the monicker he had when he started his career, his music has been admired by Ugandans especially songs like champion , action, wanna beloved et al which were hit songs in the ’90s.

Among those that admire his work is Bebe cool who sent a message welcoming him back from prison in 2018 and also named his music group Gagamel after his childhood epithet.