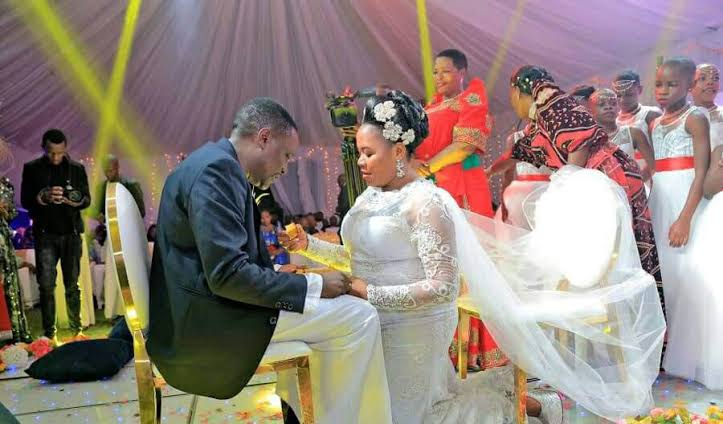 Court has dissolved a 17-months marriage between Members of Parliament Judith Babirye and Paul Musoke Ssebulime on grounds of cruelty.

Ssebulime and Babirye were married under customary law in July 2018 in Kampala and do not have children.

Justice Kazaarwe held that there was no evidence to refute that a ceremony to celebrate a customary marriage between the two MPs took place adding that Mr. Ssebulime gave a detailed account of what he perceived as Babirye’s cruel actions towards him which caused him to suffer mental and psychological torture.

“It was the contention the respondent (Babirye) has acted in a manner that shows no respect to the petitioner. There was denial of conjugal rights, isolation of the petitioner from his social interactions with the community and the long unexplained absences without communication all served to cause the petitioner distress,” the court heard.

Justice Kazaarwe ruled that the actions of Babirye’s refusal to cohabit with Mr. Ssebulime with some degree of permanence and her long unexplained absence were not a demonstration of commitment to the success of their marriage.

“A holistic view of the petitioner’s testimony pointed to the uncomfortable roller coaster ride of a relationship, dictated by the respondent. This court was prepared to believe that the unpredictable nature of the marriage created mental anxiety on the part of the petitioner,” the judge ruled.

The court observed from the evidence provided that within a month of their marriage ceremony, Babirye had left the marital union with no explanation to Ssebulime.

“There was no time for ordinary wear and tear of marriage. However, the respondent withdrew her companionship from the petitioner not on one but on a number of occasions. When she left the last time, she did not call, text, email or communicate in any other available way. The petitioner did not know of his wife’s whereabouts for seven months he waited before he filed this petition,” the judge held.

Justice Kazaarwe noted that Babirye refused to participate in the proceedings and hence court did not have a benefit to hear her side.

Through his lawyers, Mr. Ssebulime told court that Babirye failed to differentiate between being married and being a celebrity adding that Babirye embarrassed him when she shouted at him while appearing before the Justice Bamugemereire-led Commission of Land Inquiry.