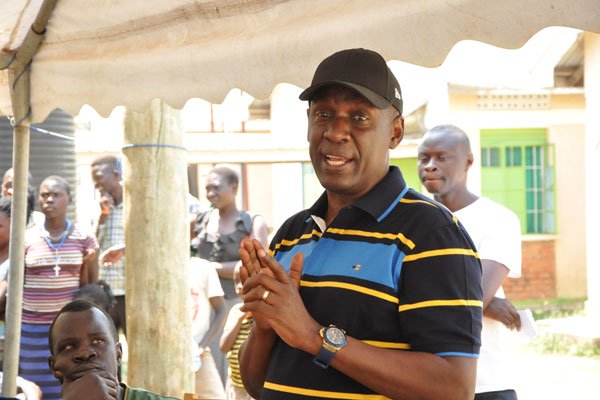 Former Legislator for Soroti Municipality, Mike Mukula has asked the people of Soroti not to force him back into active politics but instead be receptive to his development agenda and that of the ruling NRM government as 2021 draws closer.

“Do me a favor don’t fight the government and remember to vote for president Museveni,” the former legislator, who is also Vice-chairperson for NRM eastern region said, adding that he is not ready for any comeback despite pleas from people.

“I said enough is enough but I will not forget you, I will serve irrespective of my being out of politics.”

Mukula who addressing the People of Soroti as he handed over an ambulance that he had taken for repair adding that the second ambulance that was grounded for being in a poor condition was also being repaired in Kampala, and would be delivered in the shortest time possible.

“It may take us over Shs40m to have it back, but it is worth it because people need services,” he explained.

Mr. Mukula pronounced his position on politics in May 2015, during his thanksgiving ceremony at Soroti sports ground after he was released from Luzira prisons where he had been briefly incarcerated over GAVI funds, which were allegedly misappropriated during his tenure as State Minister for Health.

Mike Mukula was convicted and sentenced for four years in jail for embezzling sh210m from Global Alliance Vaccination for Immunisation (GAVI) despite cries claiming that the First Lady Janet Museveni also took part of the Gavi money worth Shs. 54 Million. Over Sh1.6b was lost in the GAVI scam.

The emotional Mukula told his supporters that he would not appear on any ballot paper, but his former supporters are attempting to lure him back into Soroti municipality politics, which have since been dominated by the Opposition.