Museveni and Kagame to meet in London 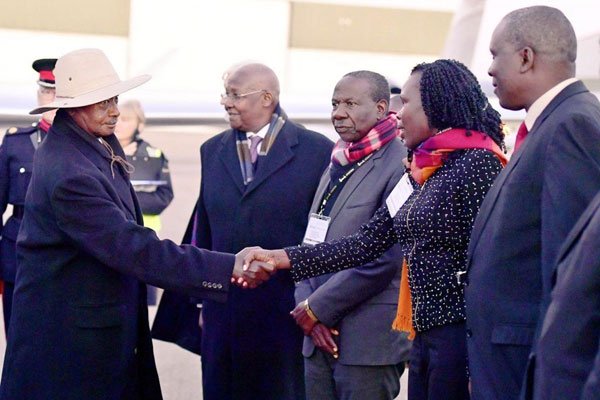 President Yoweri Museveni and his Rwandan counterpart Paul Kagame are expected to meet in London on the sidelines of the UK-Africa Investment Summit 2020 which starts today.

This will be the first meeting for the two presidents since last August when they met in Luanda, Angola where they signed a peace memorandum of understanding intended to resolve a dispute that has seen the border between two countries closed for at least a year.

According to an official from the Ministry of Foreign Affairs, if the two Presidents meet, there is hope that the meeting will give a clear glimpse of whether the dispute is nearing resolution.

A few weeks ago, Uganda released nine Rwandans and repatriated them to Kigali. In return, Rwanda also released four Ugandans both steps seen as on the way to mend the stretched relations between the two countries.

In London, Museveni traveled with foreign Affairs minister Sam Kutesa, whose attempt to reach compromise with Rwanda officials in the Kampala meeting last month failed as Officials said only President Museveni and Kagame could resolve the dispute.

The summit, which brings together 21 African countries with the UK and African companies, is one of those avenues the UK is seeking to endear itself more closely to Africa as it nears its complete exit from the European Union.

During the same summit, Rwanda together with the World bank hope to launch a 3-year, fixed-rate, RWF-denominated bond worth USD 40 million at the London Stock Exchange.